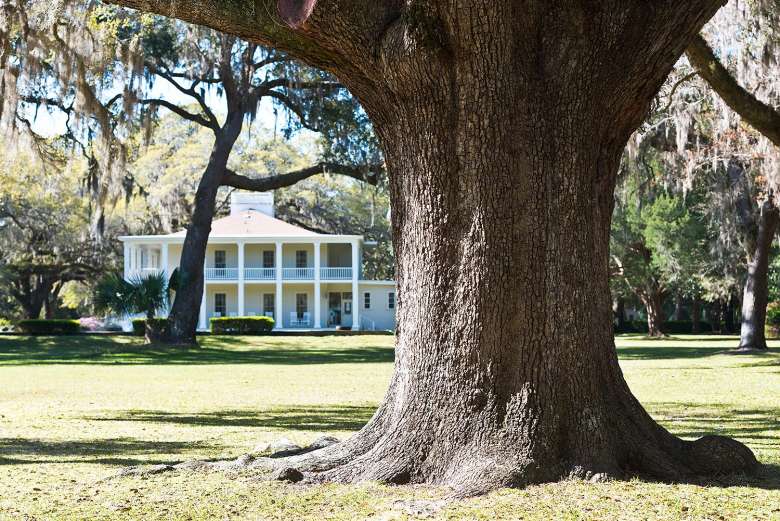 Eden Gardens Fall Film Series includes three movies in the park in October. It's become a fun neighborhood tradition leading up to Halloween each year. Watching Frogs once again in the very place where it was filmed in 1972. Come out to relax under the live oaks at Eden Gardens State Park and enjoy the movie starting at 6:30pm!

Films are free with paid park admission. Bring chairs, blankets, coolers & such, and concessions will offer popcorn, candy and drinks for sale. Come get into the spirit of the season at Eden, costumes are welcome!

Frogs is a 1972 horror film starring Sam Elliott, Ray Milland and Joan Van Ark. The film falls into the "eco-horror" category since it tells the story of an upper-class U.S. Southern family who are victimized by several different animal species, including snakes, birds, and lizards, as well as the occasional butterfly. Nature, the movie suggests, may be justified in exacting revenge on this family because of its patriarch's abuse of the local ecology.

The film was shot in Walton County, Florida, on the Emerald Coast in and around the Wesley House, an old southern mansion located in Eden Gardens State Park in the town of Point Washington, situated on Tucker Bayou off Choctawhatchee Bay. 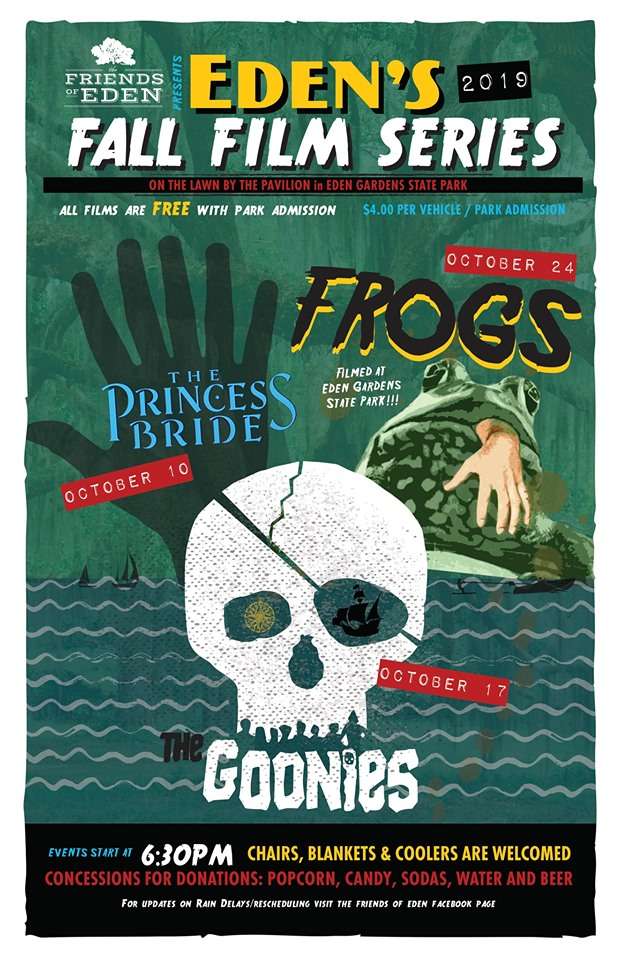