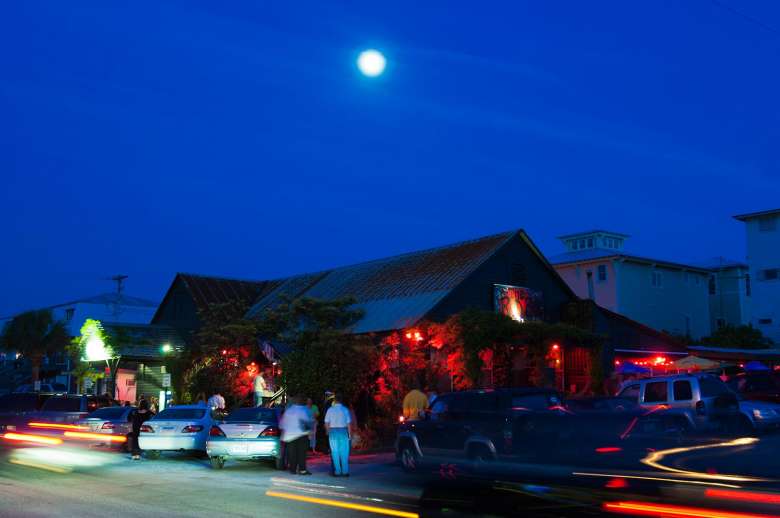 SoWal visitors and locals love the Red Bar, and the Red Bar Jazz Band is a fixture thanks to restaurant owners Oli and Philippe Petit. But many don't know that right in front of them sits a legend with sticks in his hands, providing the beat for all the fun in Grayton Beach.

Red Bar Jazz Band plays almost nightly. The party gets cranked up a notch after the dinner crowd thins creating a more funky atmosphere. Dont be surprised to spot celebrities here late at night. But please, everybody just wants to chill at The Red Bar.

Catch local legends Dread Clampitt on Sundays from noon til 3pm (brunch time) and again at 7pm during the season. Monday night music with Dread Clampitt also happening in the summer as well as more bands as announced. Follow The Red Bar on Facebook to see what Oli's talking about today. And see the website at theredbar.com with many photos of the funky spot we all love.