Eggs on the Beach BBQ Competition at Seascape Sep 26 | SoWal.com

Eggs on the Beach BBQ Competition at Seascape Sep 26 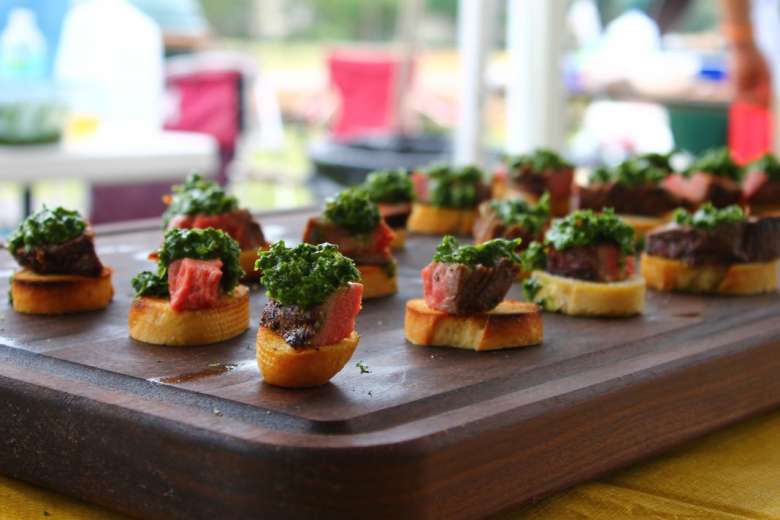 Bay Breeze Patio, an official retailer of the Big Green Egg, is hosting the second annual “Eggs on the Beach” EggFest BBQ Competition on Saturday, September 26, from 10 a.m. - 2 p.m. at Seascape Resort in Miramar Beach. As one of the official Big Green Egg Festivals held around the country, Eggs on the Beach will be a delicious fall afternoon for the entire family featuring a cooking competition, People’s Choice Awards, tastings, live music and children’s activities. What a wonderful local fall event in South Walton, Fla involving cook teams with Big Green Eggs, judges and tasters!

Ray Lampe, better known as “Dr. BBQ”, will be the featured celebrity guest at the Eggs on the Beach BBQ Competition on Saturday. Dr. BBQ, as he is affectionately known, is a chef, author, and a familiar face on many popular cooking shows, serving as an expert judge on the Food Network’s “Chopped,” NBC’s “Food Fighters,” and the Travel Channel’s “American Grilled,” among others. As the Big Green Egg’s spokeschef, Lampe is an expert at cooking foods on the Big Green Egg smoker/grill.

“We had great participation and positive feedback at our first Eggs on the Beach BBQ Competition last September,” said Susan Kiley, co-owner of Bay Breeze Patio and event organizer for Eggs on the Beach. “Therefore, we wanted to make year two even bigger. We are thrilled to bring Dr. BBQ to South Walton and show him our Southern Hospitality and beautiful beaches, while he shares his grilling expertise with us.”

After spending 25 years in his family trucking business in Chicago, Illinois, Lampe turned his love of participating in BBQ cook-offs into a new career. He has since authored eight cookbooks, including his recently published title, “Flavorize.” He has cooked and medaled in over 300 BBQ contests, and in 2014, he was inducted into the “BBQ Hall of Fame.” He is currently writing his ninth cookbook and traveling the country as Big Green Egg spokeschef.
Lampe, who has also appeared on HGTV, CNN, Martha Stewart Living and The Howard Stern Show, will be on hand offer expert advice, answer questions and autograph copies of his new cookbook, “Flavorize.”

“For many years I dreamt of traveling the country learning about barbecue and now I am privileged to make a living by passing on what I’ve learned. I spend about half the year on the road in search of “the ultimate rib” or the “perfect pulled pork,” and I can tell you that I never get tired of it,” said Lampe in an interview for Big Green Egg’s Profile Magazine.

The 2nd Annual Eggs on the Beach BBQ Competition will feature tastings by more than 25 cook teams, grilling and product demonstrations, live music by Chris Alvarado, cash bar with beer, wine and sodas, “People’s Choice Awards,” silent auction, chances for prizes, kids’ activities and more. All proceeds from Eggs on the Beach benefit Fisher House of the Emerald Coast located on Eglin Air Force Base.

Lampe said “I’m happy to be attending Eggs on the Beach. I’ve heard many good things about this EggFest.” 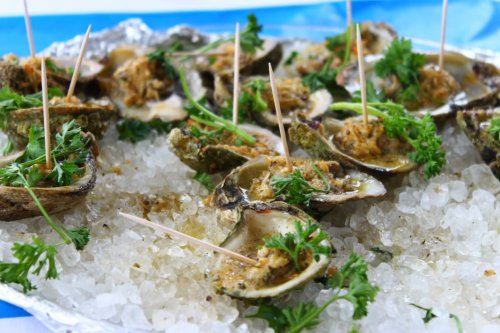 Cook teams will create bite size portions of their favorite recipes to be judged by the public. Each team of up to four is given a large or extra-large Big Green Egg to use during the competition. Teams purchase their own ingredients. Bay Breeze Patio provides the lump charcoal, fire starter, table, tent, paper plates, plastic utensils, napkins and toothpicks. Tasters vote for their favorites, as teams vie for bragging rights and prizes, including the grand prize, a brand new large Big Green Egg.

“EggHeads, master grillers, backyard grillers, and everyone in between is encouraged to join the fun and register a cook team,” said Paul. “Our goal is create the most fun, cook-friendly and taster-friendly BBQ competition in the region while giving back to our local community.”

Bad Byron, maker of Byron's Butt Rub, will join the judges. Look for Chef Phil McDonald of Bud and Alley's Pizza Bar cooking for Food For Thought's team. We look forward to seeing lots of local groups, friends, cook teams, and tasters at Eggs on the Beach in Miramar Beach! Don't forget your Eggs on the Beach Eggfest Taster Tix! 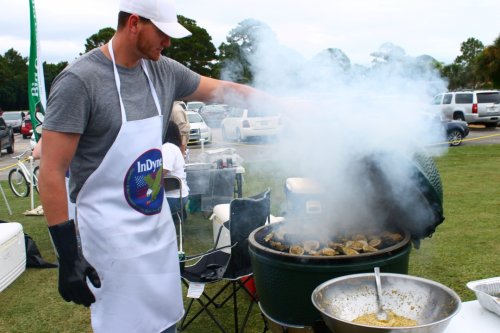 All proceeds from Eggs on the Beach will benefit the Fisher House of the Emerald Coast. Located on Eglin Air Force Base, the Fisher House provides a "home away from home" for military families so the family can be together during treatment for serious illness or physical/occupational therapy.

In addition, drawing tickets may be purchased for a chance to win a Big Green Egg and other items donated by area businesses with these proceeds also benefiting the Fisher House. For those who long to own a Big Green Egg, demo Eggs, which will be used during the event, will be sold in advance with nest (metal stand) and plate setter for a discounted price. There are 40 Demo Eggs for sale (25 large and 15 XLarge) and all come with a limited lifetime warranty. Demo Eggs must be picked up after the event, between 4 – 5 p.m. on September 26. 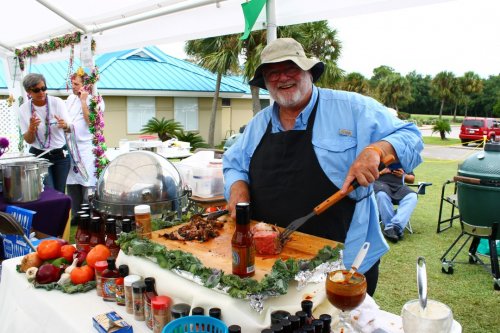 Eggs on the Beach will include tastings, grilling demonstrations, live music by Chris Alvarado, cash bar with beer, wine and sodas, and more. Cook team registration is $50 for a team of four and each team member will receive a welcome bag, including a commemorative t-shirt and Wayne's Get Grillin' Rub.

Taster tickets are also on sale now with special advance pricing of $25/adult, $13/child (age 11-17) and kids 10 and under are free. Sponsorships are also available. To learn more or to register a cook team or purchase a taster ticket, visit www.EggsontheBeach.com or call 850-269-4666. 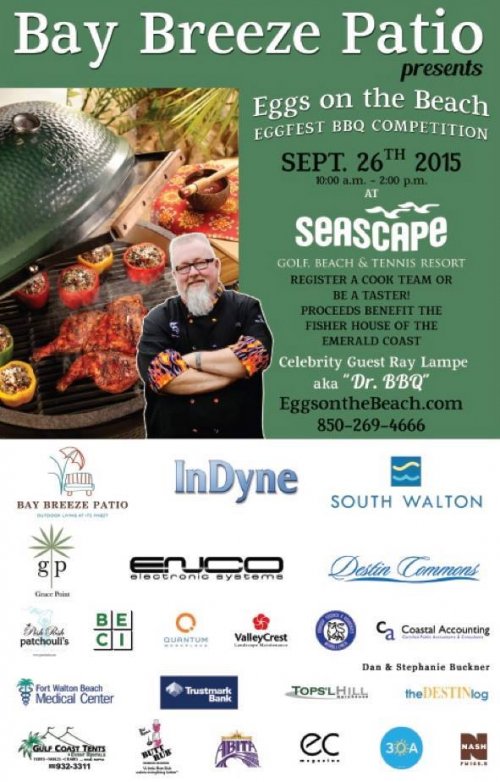 Signup for the SoWal Beach Newsletter 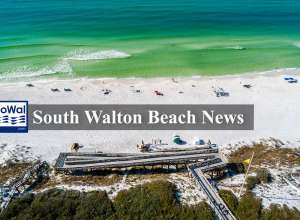 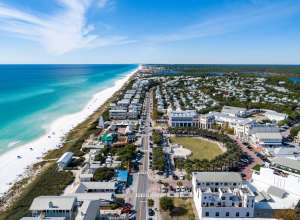