Offshore Inshore and All Fish Between | SoWal.com

Offshore Inshore and All Fish Between

Been a while since I sat still and wrote a report but I don't sit still for long or often! I was able to run a pretty good ways offshore one day last week with the intention to target Greater Amberjacks.

Alas, they weren't chewing too well that day and we only got about eight to bite and only one of those made the "magic" length to keep coming in at 36" to the fork.

We did find a huge stand of BIG Vermillion Snappers and my crew was quick to forget about AJ's while they filed up the box with a limit of some of the biggest Snappers I have seen in while. We had few that went 4 pounds!

I ran a couple of regular four-hour trips this weekend, one with some Snowbirds and another with locals. Both trips had us with a limit of Vermillions and Amberines to come in with full boxes. My folks also got to play with some big AJ's up in fairly close but the biggest we boated was 33-3/4" to the fork, just a quarter inch short.

My son William (Fried Fish Excursions) just got back from a couple months in Hawai (lucky dog !) and wanted to go fishing back here at home with the old man. I didn't have a trip and I've been wanting to run my "new" bay boat (long story for another report) so we went and bay fished like we used to do when he was a kid.

I am proud to report that the February bay fishing hasn't changed in the 15 years or so since we last did it. We spent about four hours out and came back with a great Box Sheepshead. All of 'em were good sized and a couple were downright large for the river end of the Bay. I plan on being able to take my folks out in the Bay this year that just "Have to Fishing" when we get weathered out in the Gulf.

As always, gotta have pics to prove it's not just fish stories ... 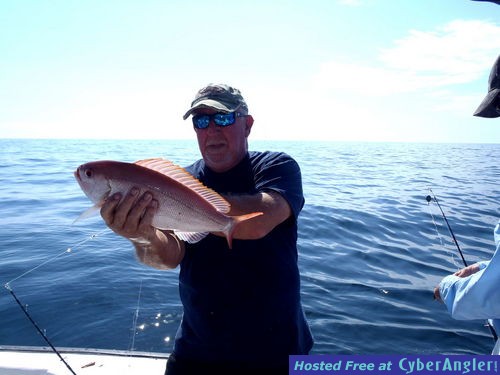 This was the first Big Vermillion to come up, I didn't have time to take any other pics as they put 39 more in the boat as fast as you could drop down 135' and come back up. 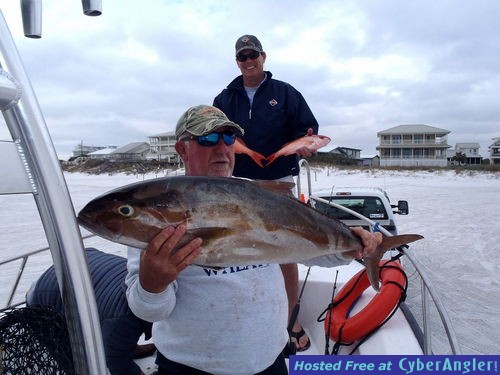 A fine AJ to go with a limit of snappers. 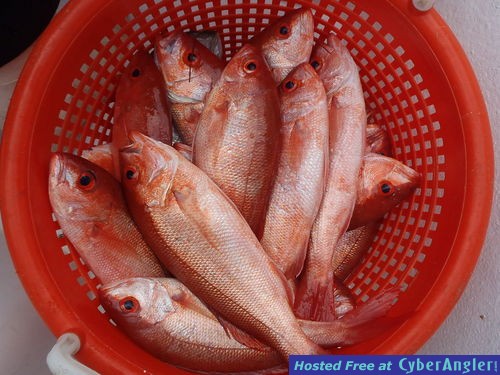 Part of the haul. 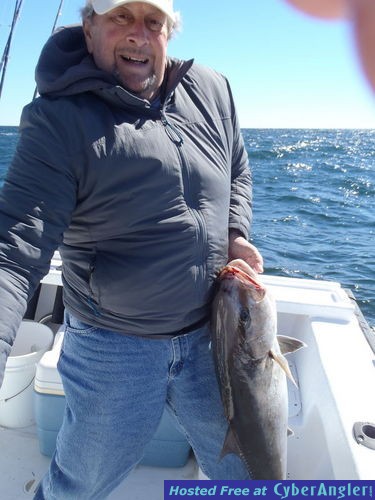 This winter visitor has fished with me for years and was proud he won the battle with this nice jack. 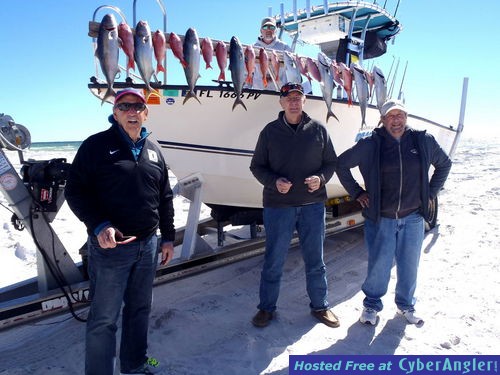 His buddies all contributed to the board too. 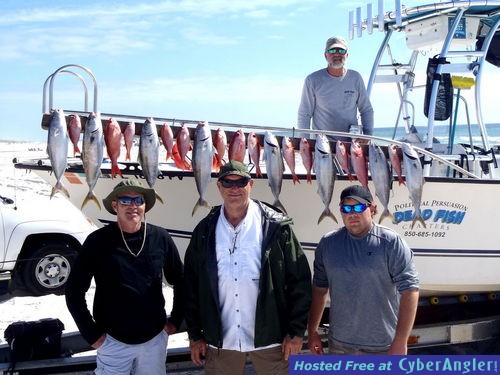 Locals with part of a fine box of potential fish fries. 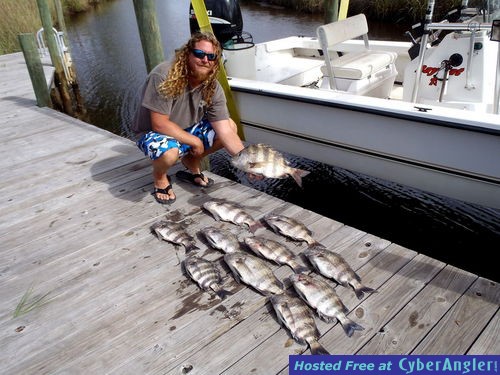 William with a great bay catch. It's not often I can out fish him any more and he did have the biggest today but I got him on numbers.

The season is starting, I have five trips booked the next eight days or so. I just need more calm, warm days to make it happen. As mild as the winter has been we should have early runs of all the pelagics*. The pompano have shown up in force this weekend already! My younger daughter and her husband beach fished with another couple yesterday afternoon and landed 6 Pomps!

* Pelagic fish live in the pelagic zone of ocean or lake waters – being neither close to the bottom nor near the shore.