Red Fish At The Pass | SoWal.com

Red Fish At The Pass 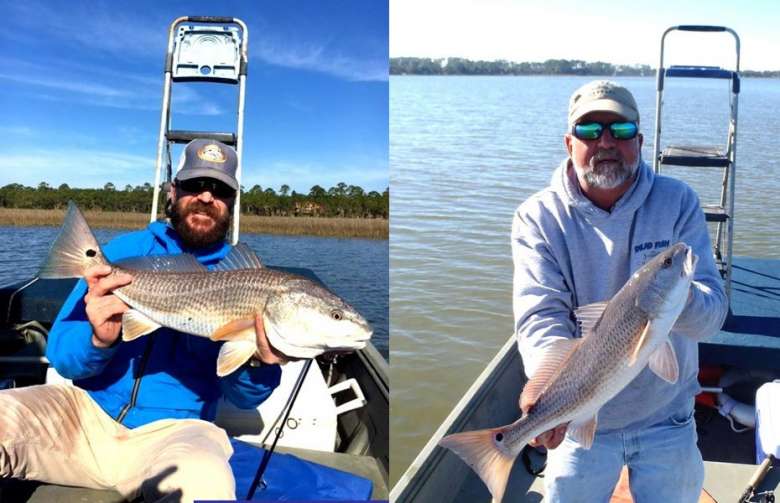 It took a whole a New Year but I finally made it over to Indian Pass for ten days. I just don't get to go as often as I used to, what with running so many trips and trying to keep three boats going here.

My wife Mary and I worked on the fish camp for a few days when we first got there and then had some time to play on the water before and after the first real cold front of the year (it FROZE at the 'Pass)! The front kept me off the water a couple days but that let us spend time driving the beach in the golf cart, picking up shells and visiting a bit with the folks I used to fish with so much.

For those that have had the pleasure of fishing and hanging out there I am proud to report that there were still LOTS of Redfish up in the skinny water and they will still eat a precisely placed rubber shrimp readily.

The Trout fishing was so-so but we did have one great rally where the fish had balled up a school of shrimp and we caught 35-40 fish in half and hour, always exciting. While we didn't try I saw several wintering snowbird fishers catching whiting off the beach so they are on schedule as well.

We went to hog (pick by hand at low tide) oysters on a couple of the big public bars in the middle of the Bay and I am afraid to say that all the talk of the oyster biomass in the bay crashing is true. These were bars that from 5 years ago back I could take folks that had never been and get a few five-gallon buckets full in an hour. We walked one bar for 200 yards and the other for 100 yards and never saw a live oyster, not even small ones, just dead brittle shell. I sure hope the Supreme Court comes in soon with a ruling to let the Rivers run again in time to save Apalachicola bay. I hate to say it but Atlanta needs to turn loose of some good water and quit sending the bad.

On on better note we did find some very healthy bars with lots of (just) legal oysters way in the back areas so not only did we have some great dinners but if the conditions get right again the bay should be able to get itself back up and running in just a few years. It may be too late for the commercial oyster fisher folks but without healthy oyster bars there won't be any fin fisheries left in few more years either... I sure hope the politicians don't let the last great bay down.

Back here in SoWal now and just waiting for the conditions to get right to blast off and chase Amberjacks.

Here's a few pics from the 'Pass. 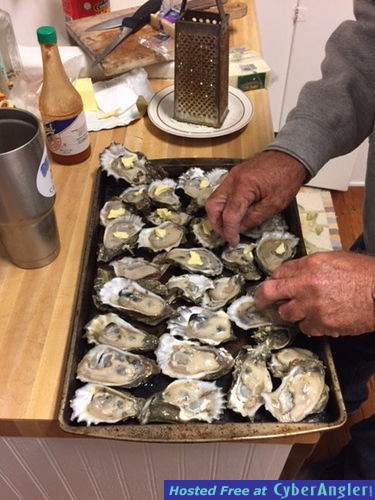 When you have eaten all the Raw Oysters you can it's time to start baking 'em! A little butter, some cheese, a dash of crystal ... the oysters were as good as they get. 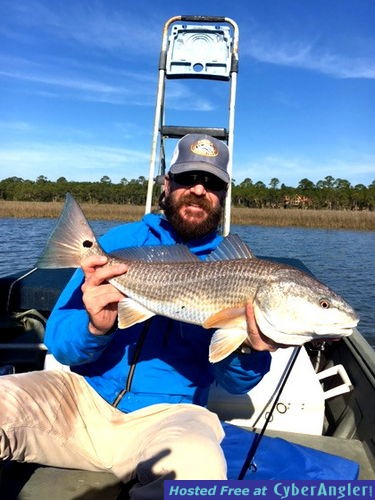 SoWal local with a fine sight fished Red. He got on 'em quick. 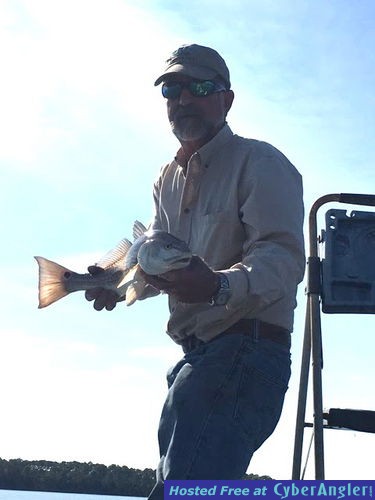 And then let me ride the casting ladder for a while. 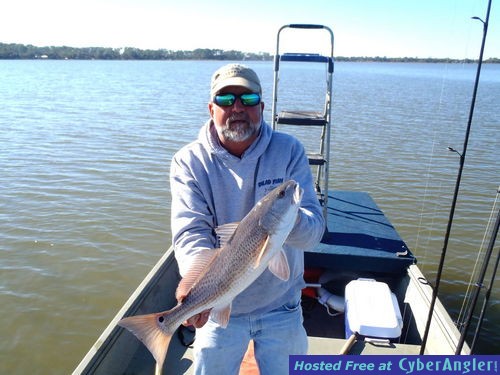 I'm rusty but I can still catch 'em as well as give directions as to how to. 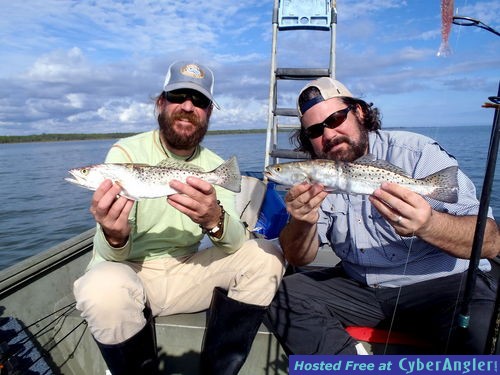 A couple of winter trout (holding up winter specks).