After a very long and cool Spring it's finally summer here at the beach!

The water and air temps are great, everybody's swimming and until today the weather and Gulf have been just perfect for fishing. The professional liars known as weathermen did it again this week... After forecasting doom and gloom all week while it has been clam, sunny and beautiful they called for today to be nice and calm.... naturally it has squalled several times and the Gulf is sloppy choppy.

We have been able to take advantage of all the gorgeous weather and get some really great fishing trips in. Still plenty of Triggerfish around for some of the best seafood dinners ever. LOTS of Amberjacks but most are just under the 34" fork length. If you can hang and catch several of the hard fighting critters you can get a keeper. Most folks catch one that's an inch short and say "Okay, I got a good picture, let's go catch something smaller now...." The Kings are here and we have been getting several shots just about every trip with a few days of down right rally's. There are Mahi scattered around and we even got a Tuna to the boat this week. Still limit catches of Vermillions just about every trip for filling the freezer with snapper as well. 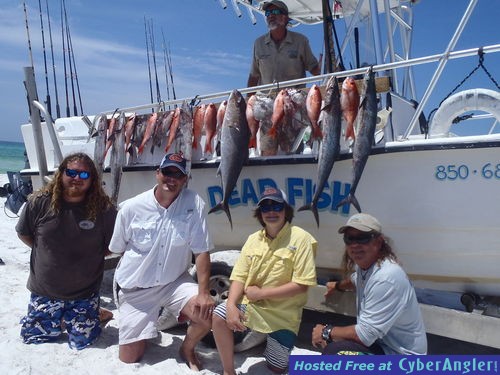 Regulars and locals with limit Triggers & Vermillions, bunch of Kings and a legal Jack. 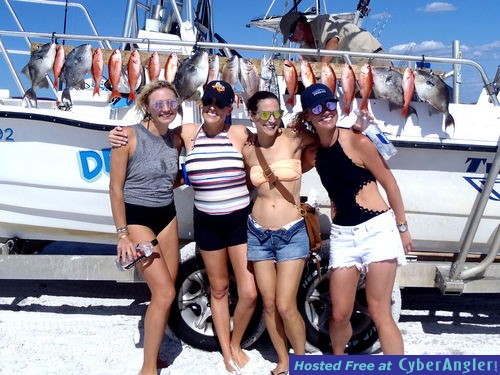 Yes guys, those gals not only limited on Triggers and Vermillions but they had a blast doing it. 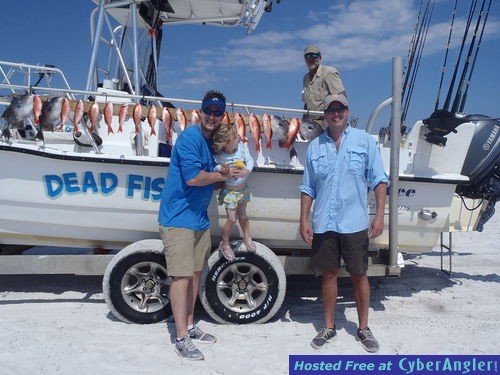 I was a little leery of dad taking that young lady fishing with him and his buddy but she had a great time watching 'em catch a box full on a afternoon 3 hr. 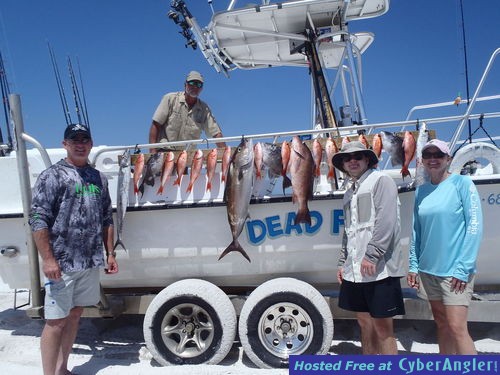 These guys got a big Black Snapper as well as a legal AJ for bonus fish with Kings, Triggers and Vermillions. 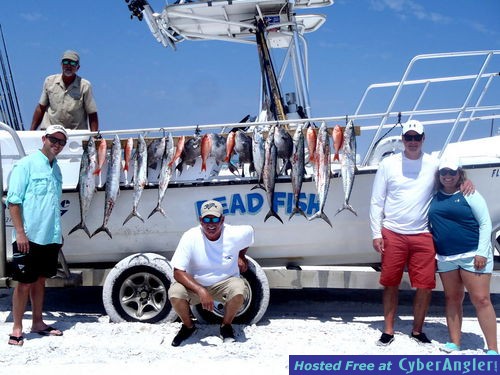 A pile of Kings with the Triggers and Snappers for these guys.

Mom took the big kids fishing while Dad watched the youngest for a change. After catching that big Tuna on a 3 hr afternoon trip I don't think she'll ever miss a fishing trip again! 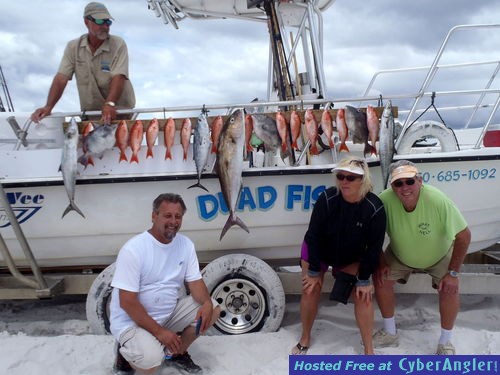 Long time regulars proving they can still fill the box! 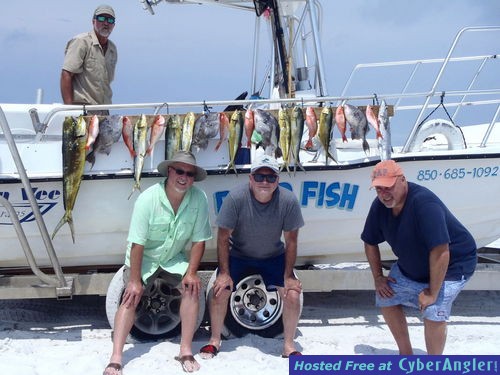 These guys got a great Mahi Rally for a bonus after limiting out on Triggers and Snappers.

While we have all this great fishing going on right now everybody is all excited about Red Snappers opening up next month. They open June 1st for Federally permitted charter boats and June 10th for everybody else. I'll be swapping boats the last day of May so we can start keeping the highly coveted critters on June 1.

While I think the politics of fishing are ridiculous I play along to give my clients the best advantage I can on catching fish. It would make so much more sense to just leave Red Snappers open for most of the year at 1 fish per angler with a maximum size rather than a minimum. The derby fishery would be eliminated as well as the hard pressure on just 1 species for the same time as they are spawning. Sometimes I wonder if the folks making the rules have ever actually gone fishing.

Don't act like that, get out there and go fishing!