June is National Great Outdoors Month, which means there is no better time to head outside and enjoy Florida’s State Parks!

No matter your preferred mode of enjoying the great outdoors, take some time this month to explore our abundant wildlife and natural beauty at any of our 175 state parks.

Plan your next visit, nature is calling! 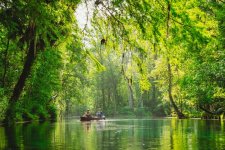 If hiking, camping, swimming and fishing are on your list for outdoor fun, then look to Florida’s state parks for the best places where your family and friends can play.​

It’s a great time to plan an adventure at a Florida State Park.​

There are lots of opportunities for enjoying fresh air, Florida’s famous sunshine and maybe even a splash in a cool freshwater spring, the Gulf of Mexico or the Atlantic Ocean. No matter where you live or vacation, you’ll find a state park within an hour’s drive.

Here are four activities you can enjoy!

With any outdoor activity, be mindful of the weather before heading out. In June, it could be hot, rainy or breezy, all depending upon where you are and what time you’re planning to be outside. Always bring drinking water, snacks for the little ones, sunscreen and bug spray.

Reserve a stay at one of our cabins or campsites with our new reservation system: Camping and Reservation Information - FLORIDA STATE PARKS 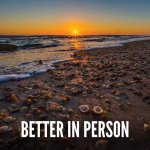 Two Florida State Parks ranked as some of the best beaches in the country by Dr Beach annual survey 2021.

The verdict is in, Florida State Parks have some of the best beaches in the country! Dr. Beach, one of the world’s foremost beach experts, named two state parks as America’s Best Beaches!

Ranking 4th on the list is Dr. Julian G. Bruce St. George Island State Park, which was touted as the perfect destination to escape and enjoy nature while shelling and beachcombing.

Coming in 7th, Caladesi Island State Park in Dunedin was praised for its white sand beach, sparkling clear water and kayak trails through the mangroves.

It’s safe to say these state parks are true gems, so be sure to check them out this summer! 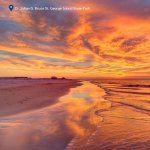 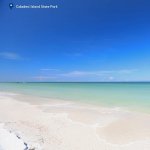 “Those who contemplate the beauty of the earth find reserves of strength that will endure as long as life lasts. There is something infinitely healing in the repeated refrains of nature -- the assurance that dawn comes after night, and spring after winter.” 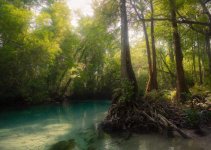