For now at least, separate proposals for an automobile dealership and an apartment complex on U.S. Highway 98 in Walton County have failed to clear an early public hurdle for eventual approval by the Walton County Board of County Commissioners.

At Wednesday's meeting of the county's Technical Review Committee (TRC), which takes a first look at proposed developments regarding adherence to the county's comprehensive plan and land development code, representatives of both the dealership and the apartment complex were told that significant questions remained about their prospective projects.

First up Wednesday was a proposal for a Porsche dealership on almost 3.5 acres on the south side of U.S. 98 between Don Bishop Road and Sugar Drive, part of the route designated as a scenic corridor. The proposal came to the TRC with a report detailing some relatively routine technical concerns from various county government departments.

There had been no public comments received on the proposal as of Wednesday's meeting.

The proposal came to the TRC with a recommendation from county planning staff that it be approved and forwarded to the county's Design Review Board. That recommendation was based on the condition that the developer answer concerns expressed by other government departments and provide the county with a copy of state and federal wetlands permits.

All of that, though, was eclipsed by a couple of questions from Walton County Planning Director Mac Carpenter to David Smith of Innerlight Engineering, which is steering development of the proposed Gregg Orr Porsche of Santa Rosa Beach.

"We have never allowed an auto dealership ... in the U.S. 98 scenic corridor," Carpenter told Smith, "and one of the main reasons has been the need to have outside display of merchandise — the vehicles.

"How are you going to keep any of these vehicles from being seen from U.S. 98?" Carpenter asked.

"We've gone to great extent to have them positioned and screened," Smith answered.

He conceded that customer parking is planned for the front of the dealership, but told Carpenter that "the inventory storage is not visible from 98. ... (W)e strategically have the inventory where it's not visible."

Clearly unconvinced, Carpenter told Smith, "I'm going to want to look at that myself."

Carpenter then told Smith and the TRC that he was "not comfortable moving this project forward with this list of outstanding questions, and my question about whether or not this development can even exist in the U.S. 98 scenic corridor."

The committee agreed and decided unanimously to move the proposal forward to its next meeting Feb. 3. In the interim, Smith and Carpenter will meet to further discuss the proposal.

"We probably need to sit down and talk about this one before we get there (to the Feb. 3 meeting)," Carpenter told Smith.

Also facing questions from Carpenter on Wednesday was Tonia Nation, a site developer for AVCON, Inc., the engineering, planning and construction firm working with Florida SJS LLC, the company developing the proposed Bella Rosa Apartments. The proposed 158-unit, three-building complex is planned for a 13.23-acre tract on the southeast corner of Sugar Drive and U.S. Highway 98 West.

Questions from Carpenter focused on its recreation component, which is set to include publicly accessible trails and boardwalks in and around wetlands areas on the site.

Nation told Carpenter that the trails and boardwalks would include signage designed to educate users regarding wetlands.

"It just needs to be somewhere that people will want to go," Carpenter said of the proposed amenity, "and if it doesn't look like that's what it is, it's probably not going to meet the test (of being an adequate public recreational amenity). Meeting that test, Carpenter said, would require creating a "sense of place ... and I'm not sure we're there yet."

In addition to Carpenter's concerns, the other county departments had a number of comments on the proposal, including concerns from the South Walton Fire District on the location and number of fire hydrants.

The developer had planned for the project to move forward to county's Design Review Board next month, and from there to the Walton County Board of County Commissioners, also next month, for a final decision.

However, as a result of a unanimous decision by the TRC, the project development was set for reconsideration at the Feb. 3 Technical Review Committee meeting. That decision pushed the project to the March cycle of design review and county commission meetings for a possible final decision.

In other action Wednesday, the TRC gave conditional approval to a proposed "commerce park," comprising 15 single-story commercial buildings of 6,000 square feet each. The development is proposed for slightly less than 10 acres on the east side of Goldsby Road, north of U.S. Highway 98 West and south of Commercial Parkway.

The conditional approval will move the proposal forward to the Walton County Planning Commission for further consideration. In the meantime, the developer, Goldsby Road LLC, and its engineering firm are set to address a number of questions from the county government. Those questions include concerns that the current plan calls for just two Dumpsters, and that one of the buildings does not include a loading zone.

In a separate issue, the TRC voted to send a proposal for some changes at the WaterColor residential and resort community on County Road 30A to the Planning Commission for further action.

Finally Wednesday, the TRC approved moving a proposed bathhouse replacement at Topsail Hill State Park at U.S. 98 and County Road 30A forward into the development order process, which will require county commission approval. The project calls for replacing the existing 668-square-foot bathhouse with a 1,479-square-foot facility.
Last edited by a moderator: Jan 22, 2021 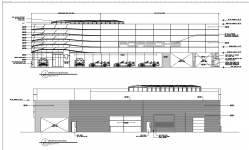 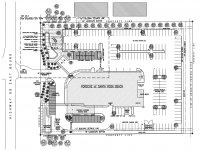 Aren’t we interested in partnering with strong economic institutions to help create the proper foundation for strong economic growth. I’m hoping for improving our county infrastructure

As a long time local I'm interested in bringing our infrastructure up to where it should be before we add more strain to it.

I absolutely agree about bringing the infrastructure up, but I was referring to the Porsche dealership. Auto dealerships provide unprecedented support to state and federal governments in the form of taxes and fees collected from sales, employees, drivers, and the auto companies themselves

I'm going to make a leap of faith and speculate that you having just joined this forum and posted twice or the same subject , both times about the dealership may know more then us locals. That said, you must also have some knowledge and statistics about the demographics of exactly what group and income level has the means to buy a Porsche. It seems to me that , the audience of people who could afford and actually want a Porsche, would be in the minority. Also assuming you have done the research, can you advise of exactly how many new car dealers there currently are in Walton Coiunty? I would think that a Target store would generate just as much if not more revenue and tax dollars for the community, and that would have a greater impact on many more Walton residents then a Porsche Dealer.. Just my two cents....

**Safety Disclaimer** Please make sure you have someone hold the branch if you’re going out on a limb with that many assumptions…surely you were taught that makes an ‘ass’ out of ‘u’ and ‘me’.

Pretty cool schoolyard bully tactics of painting me as the know-it-all just who just moved to town….I won’t play the game of name calling since we aren’t at recess.

Agree completely with the need of a Target or similar type of store. That investment/partnership would be very useful and beneficial to the already existing population, which is continuing to surge annually in both permanent and seasonal residents. You can suggest looking at stats all you want, but as a true ‘local’ approach you can just go out and see for yourself. Undeniable, just like your condescending undertone. The childish argument here that you’ve tried to paint here is that it’s a Target or a Porsche dealership(or another new car dealership), when that’s not the case at all.

Do you see how the economy instantly benefits from investment and growth in the form of construction jobs, retail jobs, skilled labor jobs, sales/ops jobs, management, etc. as well the revenue grabbed from all this growth through the county taxes?

Change is scary. We all get it. Change for the better is moving forward. Open your narrow visioned view of this project(and beyond) so you don’t continue to avoid the obvious benefits that investments in to a local economy then pay back in to that same local economy(and more).

I expect you will have more assumptions…

I don't think they were painting you in the way you feel. Me and jhf have been posting for years and to be honest their post is not meant to be condescending. That's based on agreeing and disagreeing with them for many years. I really feel it was meant to start a discussion.

Matt Absolutely and I've been called many names over my 60 plus years on this earth but I've never been called a bully...
J

I don't want a dealership or a Target. I don't want this place to be like everywhere else in America.

No one cares what I want.