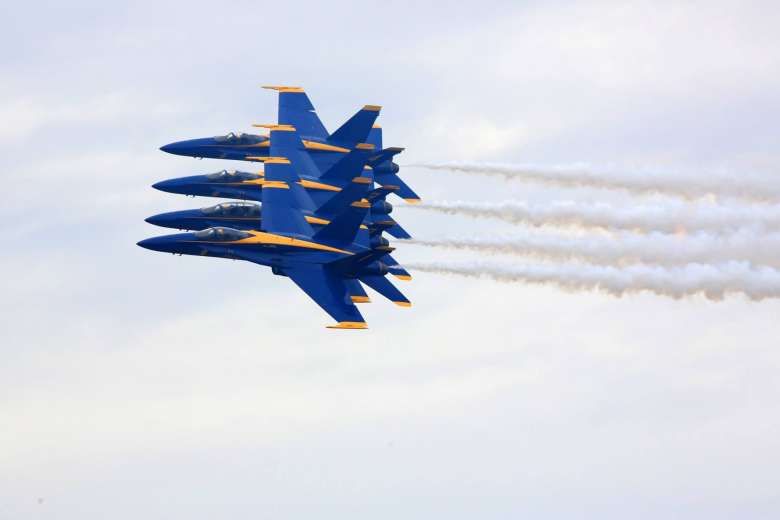 The RED WHITE & BLUES Pensacola Beach Air Show 2021 featuring the Blue Angels will be held on Saturday, July 10. Locals and visitors from all over look forward to the annual Pensacola Beach Air Show held in the summer. The show highlights Pensacola hometown heroes — the Blue Angels — the U. S. Navy’s flight demonstration squadron stationed at Forrest Sherman Field aboard Naval Air Station Pensacola. The Blues hold several practice sessions along the beach in the days leading up to the big event on show day.

​Since 1946, the Blue Angels have flown for more than 260 million spectators. The Blue Angels are an American air show favorite and delight audiences across the country with their precision, speed and aerobatics. During their aerobatic demonstration, the Blues fly six F/A-18 Hornet aircraft, split into the Diamond Formation (Blue Angels 1 through 4) and the Lead and Opposing Solos (Blue Angels 5 and 6). Most of the show alternates between maneuvers performed by the Diamond Formation and those performed by the Solos. 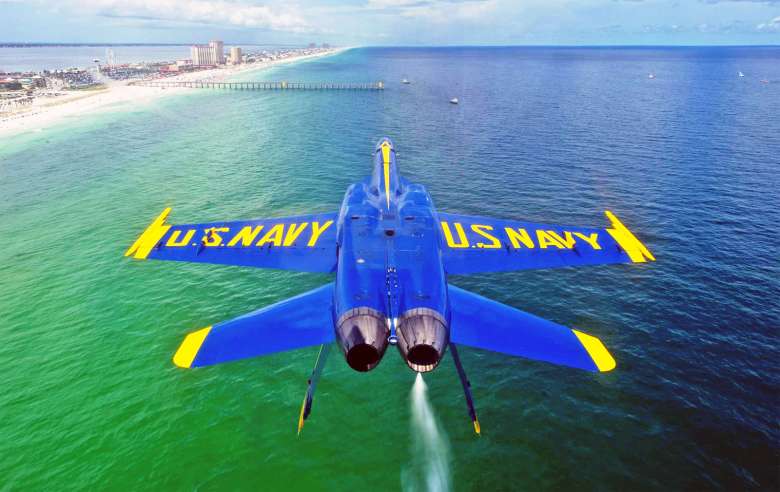