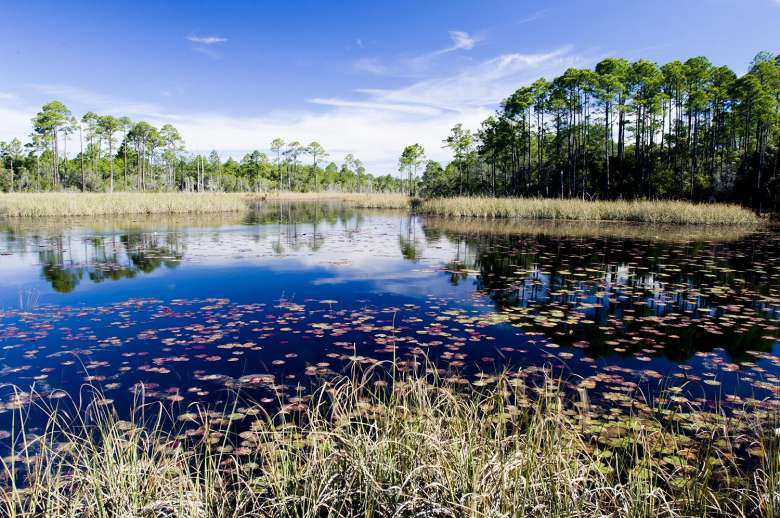 The community quality of life depends upon the water quality of streams, rivers and estuaries within the Choctawhatchee River Basin. Choctawhatchee Bay provides commercial and sport fishing, boating, camping and an exquisite backdrop for its many neighbors. The coastal regions of Okaloosa and Walton counties are becoming increasingly dependent upon revenue from beach-going tourists and vacationers. Coastal processes impact marine species within the Gulf of Mexico and the humans who economically depend upon the Gulf. More than 90 percent of all commercially harvested fishes of the Gulf of Mexico are dependent upon the estuaries during some developmental stage of their life.

The Choctawhatchee Basin Alliance (CBA) recognizes that the economy of our region is strongly dependent on the utilization of Choctawhatchee Bay as well as many other important activities in the basin which occur upstream of the Bay. The CBA is primarily a conservation organization, but recognizes the importance of development for the economic viability of the area. Consequently, the CBA is dedicated to promote the awareness of responsible development and business operations. The mission of the CBA is to promote an "optimum utilization" of water resources to preserve the environmental quality, the quality of public life, and ultimately sustain the future utilization of those resources.

The CBA envisions to promote optimum utilization of the basin resources through citizen empowerment. The CBA emphasizes citizen awareness and involvement through pro-active practices and projects. There are many environmentally sound practices that private landowners and businesses owners can adopt if provided the awareness and incentive to do so.

Engaging citizens to practice environmentally sound land management will result in continued citizen support and commitment and ultimately lead to sound policy changes producing a direct benefit to the ecosystem. The CBA strives to involve government agencies to act and reflect public needs, desires and values. Public support is the cornerstone of the CBA, and will enable the CBA to be a permanent organization bridging communication and promoting change in public policies. The CBA desires to utilize public support and citizen involvement to initiate technical projects and coordinate efforts between citizens, business owners, environmental organizations, and government agencies to solve specific problems. Community support will aid the CBA in acquiring funding that will make a positive change in our environment for the long term.

Public awareness, public involvement, and collaboration are three key methodologies employed by the CBA. We envision increasing public awareness through education and providing a repository of information for the public. This repository of information includes literature as well as maps and spatial information in a Geographical Information System. Involving the public in volunteer efforts such as water quality sampling in the Bay as well as freshwater inputs, and giving the public an incentive to adopt better land management practices will increase public stewardship. The CBA continues to be a collaboration of citizen, government, and scientific interests. This Alliance allows cooperation among technical and governmental agencies to promote public values, solve specific problems and coordinate technical projects for the health of watershed resources.