Performer Lineup for 30A Songwriters Festival 2015 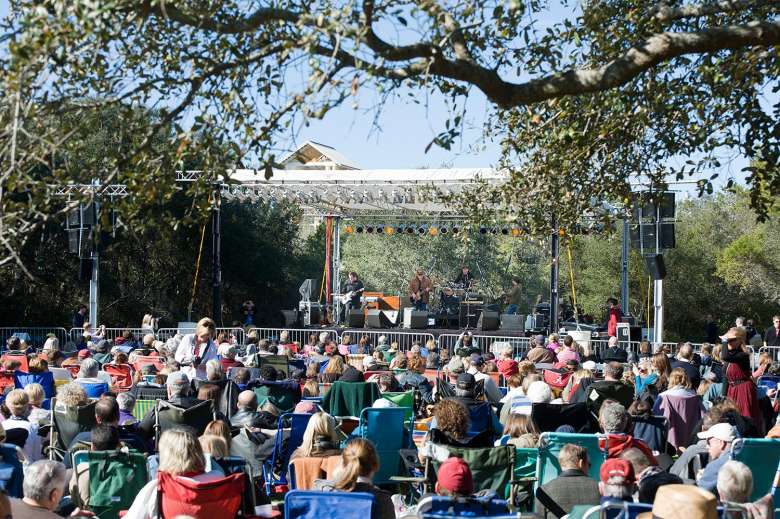 The 30A Songwriters Festival is known throughout the music community as a destination where writers who perform their own music, and performers who write their own songs, come together for a weekend to perform varied genres of music ranging from country to blues as well as soul and Americana.

Expect a bit of Bossa Nova as well. For audiences, it's a rare chance to connect with their favorite artists in a more intimate, informal setting in Florida's South Walton County. Festival weekend passes are available for $225 at www.30asongwritersfestival.com/content/tickets and locally at the Cultural Arts Alliance office and Central Square Records in Seaside. Special VIP packages are also available.

Graham Nash has been inducted into the Rock and Roll Hall of Fame twice (with The Hollies in 2010 and with Crosby, Stills & Nash in 1997) as well as the Songwriters Hall of Fame in 2009. Simply put, he is one of music's most legendary singer songwriters and vocal harmony singers (and a renowned photographer and leading activist in our society).

Leon Russell, a fellow inductee into the Rock and Roll Hall of Fame, could be famous for his session work in the 60's (the Byrds, the Beach Boys, Phil Spector's hits are just a few) or his band leadership and production work with Bob Dylan, Delaney & Bonnie, Joe Cocker and George Harrison, or for writing "A Song For You" covered by dozens of hit makers. Alas he is famous for all of these as well as the fact that no one has ever captivated arena rock audiences more than Leon Russell sitting at or standing on a grand piano.

The 30A Songwriters Festival production team spares no time or expense bringing in state of the art stage, sound and lighting equipment to configure unique listening rooms in each of the 25 venues that partner with the festival each year to produce over 200 shows throughout the weekend; amphitheaters, town halls, restaurants, theaters, bars and covered patios all become magical musical night clubs ranging in capacity from 75 to 400 indoors and 3,500 outdoors.

VIP wine and music dinners are offered at WaterSound Beach Club. Saturday will feature two prominent Virginia producers, Border Springs Lamb Farm and Rappahannock River Oyster Company. Jay Pierce, the new executive chef at Rocksalt in Charlotte will share the kitchen with Brandon Carter, the Executive Chef at The Inn at Palmetto Bluff -- Bluffton, SC. Music will be provided by 30A Songwriters Festival favorite Jeffrey Steele.  Sunday will be hosted by Nathan Allen, the owner and chef at Knife & Fork in Spruce Pine, North Carolina. The special music guest is David Ryan Harris, singer songwriter and guitarist  extraordinaire. Wine pairings for both dinners will be provided by Adam Caperton.

Several VIP packages offering VIP seating sections in the bigger venues, exclusive personal town car or limousine transportation for the entire weekend and a VIP tent serving complementary lunch, beer and wine at Gulf Place Amphitheater are available online at www.30asongwritersfestival.com. Graham Nash will appear for a Q&A and book signing on Sunday morning at WaterColor  and Jason Isbell will perform solo acoustic for a VIP party at Grayton Beer Company on Sunday night.

Festival weekend passes are now available for $200 and can be purchased at www.30asongwritersfestival.com, and locally on 30A at the Cultural Arts Alliance office and at Central Square Records in Seaside.

Here's some critical feedback from the event:

"Last year we had too much fun at the 30A Songwriters Festival...where we took in unique and inspired sets."
--American Songwriter

"Pleasing to the ears, easy on the eyes, and soothing to the soul, this is definitely one festival not to be missed."
--Miami Sun Post

"The music festival is a unique opportunity to put a name to the actual writers of songs from local artists all the way to the chart-toppers."
--WJHG.com

"There is a very special excitement and vibe that is palpable every year throughout 30A in January, the month of the Festival," says Russell Carter of Russell Carter Artist Management and Festival Producer. "The common emotional thread among us all including the musicians, organizers, volunteers, venues, lodging partners, corporate sponsors and most certainly the ticket buyers, is an absolute love for great songwriting and exceptional musical performances. We are all moved and informed by musical expressions, showmanship, glamour, humor, and outright drama - it is high art on 30A!"

"Each year we build on the success of the prior year," says Jennifer Steele, Executive Director of the Cultural Arts Alliance and Festival Producer. "Our greatest marketing asset is the word of mouth enthusiasm that is spread by performing musicians and the fans that come to see them. The 30A community of businesses and individual volunteers take personal pride in producing an event unique to the culture and geography of our Gulf Coast community in South Walton. It is particularly gratifying to be able to say that 30A is a place where writers are inspired, songs are written and amazing performances are staged time and time again."

The 30A Songwriters Festival is co-produced by the Cultural Arts Alliance of Walton County (CAA) and Russell Carter Artist Management, and is presented by Visit South Walton. Others sponsors include ASCAP, Grayton Beer, Silver Sands Premium Outlets, 30a.com, and the Americana Music Association.

100% of the net proceeds from the 30A Songwriters Festival benefit the CAA and help it to fulfill its mission to support the arts throughout Walton County. Members of the CAA receive an additional 10% off weekend passes and admission to an exclusive performance on Wednesday, January 14, at Fish Out of Water. Call (850) 622-5970 to become a member and take advantage of the discount.

The Cultural Arts Alliance of Walton County, Inc. is the officially designated local arts agency that serves as an umbrella organization and supports the arts through leadership, advocacy, funding, programs and education. The vision of the CAA is to be the catalyst for Walton County's growth as a center for artistic and cultural excellence through which lives are enriched, economy is stimulated and community is strengthened. Learn more at www.culturalartsalliance.com. 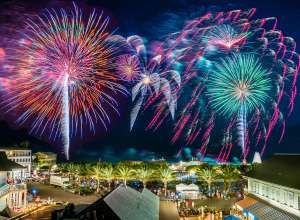