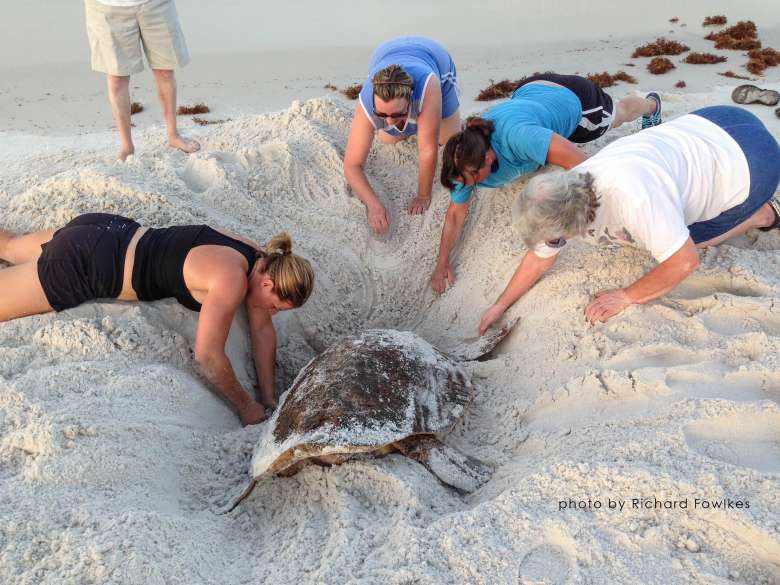 A big thanks to all of our dedicated South Walton Turtle Watch volunteers for walking every inch of beach during nesting season to count nests, monitor hatchings, help turtles in danger, and keep an eye on our beaches - remember to give turtles and nests a wide berth, remove items from the beach at the end of the day, and fill in your holes! Thanks to Blue Mountain Beach resident and turtle watch volunteer Richard Fowlkes for sending us this great story and photos... 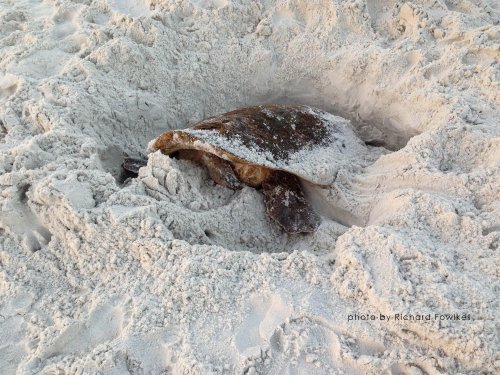 This morning volunteer Johndra Culp called me about a very large Loggerhead sea turtle that she found stuck in a hole on the beach. At first she thought the turtle was dead. During the night the turtle had come up a short distance onto the beach before turning to go back to the water where she fell into the deep hole.

The Loggerhead mother had fallen head first into the hole that someone had dug the day before and failed to fill in. Her head was completely buried in the sand and of course the weight of her massive body, perhaps 300 pounds or more, was forcing her head deep into the sand. But finally the turtle moved, just a little, and Johndra exclaimed over the phone that she was alive. Johndra tried to remove sand from around her head to help her breath but she didn’t get very far.

After talking to our fearless leader, Sharon Maxwell, and as hard as it was, I instructed Johndra to go on and complete her walk. Sharon began to call other walkers, the Walton County TDC and the sheriff’s office to get me as much help as possible as quick as possible.

When I arrived I tried lifting the turtle up but was not even able to move her the slightest bit. I decided my first goal would be to dig out the sand from around her head so that it would be easier for her to breath. Even that took a great deal of time because of the care needed and the depth to which her head was forced.

As runners or other people came along on the beach I enlisted their help. All were eager to do so. After we were able to expose her head I felt a small sense of relief. There was still little movement but she was alive and able to breath freely. 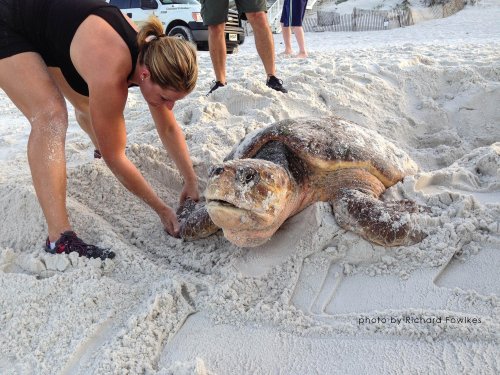 At this point I instructed people to work to dig the sand out in front of her body, so that when we attempted to lift her up again we would not need to lift her heavy body so high. It was like we were building an escape ramp from the hole. One of the runners and I tried to lift her again, but she was too heavy. We could not lift her more than a few inches.

Finally reinforcements began to arrive. Joe, a South Walton Turtle Watch volunteer from the mid-east beach area, and I were able to lift her up enough that we got her on the edge of the hole. We probably could not have done this without the help of a passerby, Bridget, who lifted her heavy head up so that we could get her up over the edge of the hole.

Once she was on the edge of the hole she would, from time to time, lift her head up. I then began to bring her water in my cupped hands. Water over her head helped revive her. I asked for a bucket and soon someone appeared with a bucket. That really revived her and finally she began to try and take steps to the water. Each bucket of water seemed to give her more life as she struggled toward the warm gulf waters, her home.

Once she started walking it didn’t take long for her get to where she could swim. We watched and applauded as she slowly moved to deeper water, from time to time exposing her head as she breathed in fresh air.

Thanks to Johndra for continuing on with her walk, to Sharon for calling for help as she completed her walk, to Joe for getting up when called and responding so quickly, to TDC, the sheriff and all the wonderful passersby. This hole which should not have been left on the beach was filled in by TDC and the sheriff’s office. Thanks for caring about this wonderful protected species. 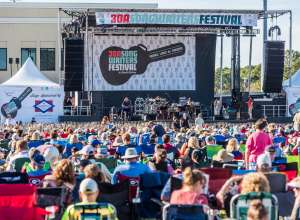 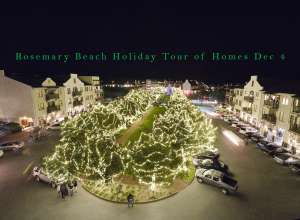 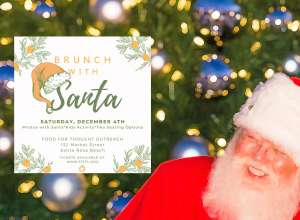