Customary Use and Our 30A Legacy

Auburn Fan said:
Answer my question. Instead of changing the subject.
Click to expand... 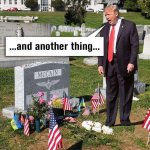 Toggle signature
My mind tends to wander... but fortunately, it's so weak, it doesn't get very far...

FloridaBeachBum said:
Best thing to do is ignore Lake View. Just wants attention. Does not warrant a reply if all he's got is immature inconsequential banter. All talk, no substance. Wait LV2 won't address a single fact or will reply with his inane banter or a goofy photo.
Click to expand...

I see what you mean. His accusations are baseless and his reply is tasteless. Looks like he wants to be a real bully when he grows up.

Auburn Fan said:
I see what you mean. His accusations are baseless and his reply is tasteless. Looks like he wants to be a real bully when he grows up.
Click to expand...

Exactly what a NAZI would say.

Jenksy said:
Exactly what a NAZI would say.
Click to expand...

Well this has quickly turned into a

...
so much for having a "discussion" ...
Toggle signature
WARNING: Things posted by this user may offend some people. All things posted above are the opinions of poster and not necessarily the opinions of this site..or anyone else for that matter. They might not even make sense or be suitable for children. Come to think of it, they might be unsuitable for adults or human consumption. Have a nice day.

Is it really necessary to resort to an insult against Reggie, instead of just coming up with an honest, well-thought out, educated reply with sound facts and reason?

Meanwhile, there's a very current SERIOUS attack on the culture of our community, waged in social media by well orchestrated agitators, with devastating consequences.

Violent:
"using or involving physical force intended to hurt, damage, or kill someone or something"

Sniper:
"person who shoots from a hiding place, especially accurately and at long range"

Murder:
"the unlawful premeditated killing of one human being by another"

Yes. That very list of words strung together makes most of us uncomfortable. As it should everyone. And yet...

The video shows a male with a sniper rifle take aim and viciously shoot another male to death. A crowd of people is also included in the video. Possible portrayal of mass shooting? The video portrays a violent murder and the man dying , right on the beach, in front of Bud and Alley's restaurant.

And what motivated such a horrific video like this?

No wonder so many beachfront homeowners are truly scared.

FLORIDA BEACHES FOR ALL was founded last summer by David Rauschkolb.

This video currently has over 800 views. Over a dozen members have indicated their actual agreement and approval of the video posted online.

Oh, but it's just a video, not the real thing. Fun satire. Right? Fun?
Fun for whom? I can think of hundreds of families for whom that would not be funny at all.

Are we really so desensitized that a video like this is just "nothing"? much less amusing?

How DARE you try to diminish what's going on in our community by calling someone's calm, educated, respectful response to these issues mere "bloviating".

Many civilized people actually welcome this form of respectful discourse, compared to the heightened dramatic false narratives plastered on social media elsewhere. Many greatly appreciate that the moderators here have actually allowed true discourse to occur without the gross censorship that is occurring on other platforms. I for one am starting to have my eyes opened. Already several of the emotional taglines of last summer have proved to be so untrue. I'm personally re-evaluating. A lot.

That vicious video is being promoted as a celebrated solution to our very real, painful conflict from which our community is suffering.

Filmed on location. Just a few hundred feet from our own Seaside Neighborhood School.

Where is the outrage?

Or is no one in the community speaking out because this kind of intense social media intimidation is actually working?

Is no one speaking up, just because we just don't want to bring ever more negativity into our conversations? Kumbaya.

Or are the locals thinking "If I speak out, they will send someone after me with camera and computer in attempt to make a viral YouTube video and make my life miserable"?

Is the outrage eclipsed by fear?

"If you want to control someone, all you have to do is to make them feel afraid."
~Paulo Coelho

Thank you Jodi, you are correct. In review...
Pro property rights and long time 30A residents predict complete destruction of 30A lifestyle because of the CU noise and campaign. Either side winning ruins our peace.
We have submitted facts on Quiet Title, Current law, Private beach history, Taxation of beach property, and examples of deliberate sensationalism initiated by the CU leaders. We have provided evidence of of false reporting and violent advocacy by CU leadership members. And yet, These objective facts have been met with only emotion, diversion, opinion, and CU fake talking points. So, Jodi, in answering your request for discussion, Do you believe Quiet Titles to be a problem or cause of any beach privatization? Simple question.

I believe that Quiet title has been used by some, not all, in a nefarious way in order to claim title to property they are not entitled to and to keep others from doing what their families have been doing for generations....enjoying the beach without fear of a militarized presence (police,sheriffs,armed security guards) showing up to remove them. When my children were young and we spent every available minute at the beach the only thing they had to worry about was jellyfish stings and dog flies. They respected peoples private property, they knew not to go on any ones walkover or to even think about trampling the dunes. But for the most part they just enjoyed playing in the soft sand that wasnt hot.
Toggle signature
WARNING: Things posted by this user may offend some people. All things posted above are the opinions of poster and not necessarily the opinions of this site..or anyone else for that matter. They might not even make sense or be suitable for children. Come to think of it, they might be unsuitable for adults or human consumption. Have a nice day.

Auburn Fan said:
To quote last month's comment by you,

Exactly what a NAZI would say.

jodiFL said:
I believe that Quiet title has been used by some, not all, in a nefarious way in order to claim title to property they are not entitled to ...
Click to expand...

jodiFL, many understand what you and non-beachfront owners believe but why do you believe it? What information do you base your conclusion? Just because we have done that way for years is not a valid legal criteria. The multiple custom criteria does not include the affect on the local economy.

Why do you think quiet title is a nefarious (defined as wicked, evil, or criminal) way in order to claim title to property they are not entitled to?

Have you or Dave Rauschkolb, or attorney Daniel Uhlfelder seen the 1948 BMB Subdivision No. 1 plat? It’s public record. Quiet title is a court proceeding heard by a judge. Like CUnCourt Judge Green. You don’t just pay $600 like Dave Rauschkolb has claimed and you have a new title. Do you know who the judge was for the BMB quiet title action? One guess. Have you seen the owner’s quiet title court documents and evidence?

There are 26 miles of Walton beaches. About 50% or 13 miles or 68,640 feet and all 26 miles of beach foreshore seaward of the MHWL is available to the public (and BCC authorized vendors) Are you saying you can’t find a public beach or you just want the covenant private beaches the property owners have shared with you and the public over the decades?

Thanks for sharing your belief but can you explain what justifies your belief? What is your belief based on? Facts? Law? Because Dave Rauschkolb, or Daniel Uhlfelder said so?
Last edited by a moderator: May 10, 2019
You must log in or register to reply here.
Share:
Facebook Twitter Reddit Pinterest Email Link
New posts