Sinfonia Gulf Coast Set For An "Out Of This World" Season

Keeping the tempo at the forefront of the Emerald Coast’s cultural scene since its founding in 2005, Sinfonia Gulf Coast maintains the tradition of “symphony redefined” as it enters its 14th season.

The region’s only fully professional symphony orchestra led by Music and Artistic Director Demetrius Fuller, presents an “out of this world” lineup of concerts, world-renowned guest artists and educational initiatives from classical masterpieces featured in the Classical Connections series, the annual holiday pops, to a monumental finale 65 million years in the making with “Jurassic Park in Concert.” 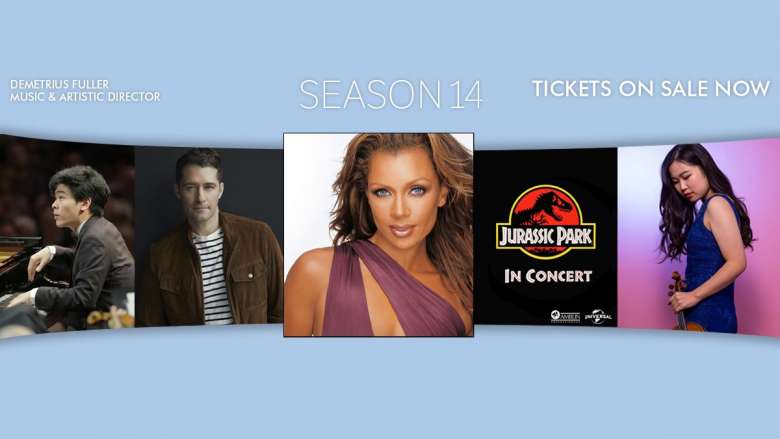 “Sinfonia proudly impacts all areas of our community with the highest caliber orchestral performances, award-winning guest artists, and the most innovative and comprehensive music education initiatives for K-12 students throughout Okaloosa and Walton Counties,” stated Music & Artistic Director Demetrius Fuller.

The season starts on a high note at Seagar's Prime Steaks & Seafood with Tony and Olivier Award-winning singer and actor, Gavin Creel. Creel received a Tony Award for his performance as Cornelius Hackl in "Hello, Dolly" starring Bette Midler and David Hyde Pierce. The evening takes place Thursday, September 26 from 5:30 p.m. til 8:00 p.m. at the Hilton Sandestin. Enjoy a four-course meal prepared by Seagar's Executive Chef Lee Guidry, wine, all gratuities, and the performance. 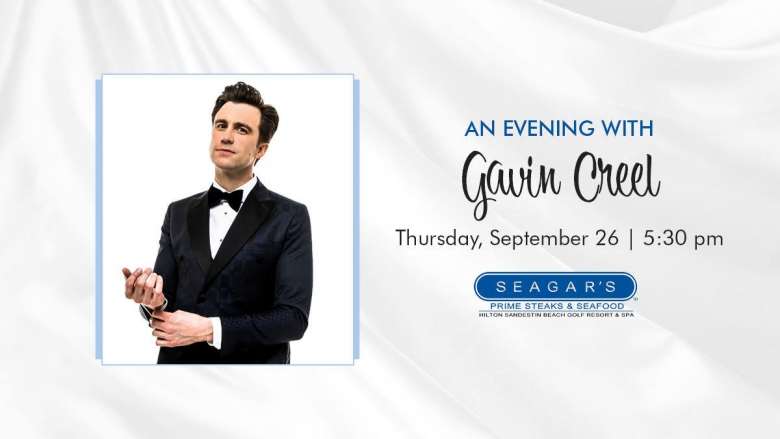 The annual gala is on Friday, November 15th at The Henderson debuting Vanessa Williams, one of the most respected and multi-faceted performers in entertainment today. She has conquered the musical charts, Broadway, music videos, television and motion pictures, has sold millions of albums worldwide and has achieved critical acclaim as an actress on stage, in film, and on television. Join her and her band on the Sinfonia Gala stage for an unforgettable evening of music to help raise funds for Sinfonia’s music education and community engagement initiatives. The evening begins at 6:00 p.m. and tickets are $295 per person, which includes valet parking, VIP reception, dinner, cash bar, gratuities, and performance. 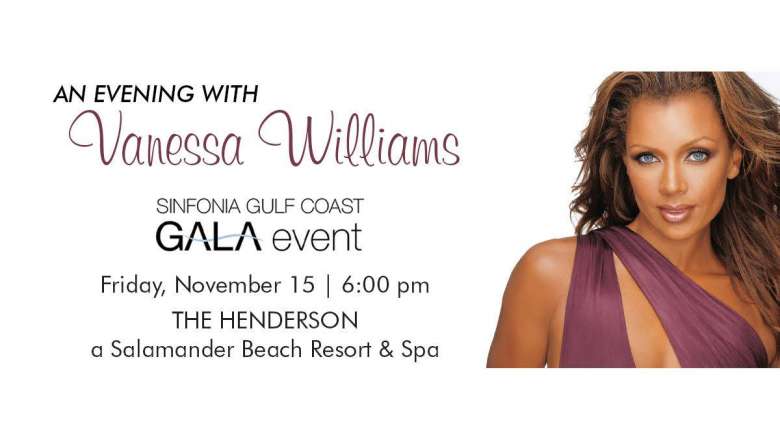 Sinfonia is “Mad for Mozart” for its first Silver Sands Premium Outlets’ Classical Connections of the season on Saturday, November 23, at Grace Lutheran Church at 7:30 p.m. Young Concert Artists Award winner, violinist SooBeen Lee, joins Sinfonia and will perform Mozart’s “Concerto for Violin #4, K. 218, D Major.” Also on the program are the “Overture to Don Giovanni, K. 527,” and the iconic “Symphony no. 41, “Jupiter,” K. 551, C Major.” Tickets range from $29.50 to $45 per person.

The most festive holiday concert of the year along the Gulf Coast features singer/actor of the stage and screen, Matthew Morrison. Nominated for a Tony, Emmy, and Golden Globe Award, Morrison joins Sinfonia’s full orchestra for an evening of the most cherished and festive holiday medleys, plus many of the songs that he has performed throughout his incredible career including his role as Mr. Schuester on Fox’s musical comedy series, “Glee.” Bring the entire family for this special event. Tickets range from $29.50 to $55 per person.

The second installment of the Silver Sands Premium Outlets’ Classical Connections Series will be on Saturday, February 1, 2020, at 7:30 p.m. at Village Baptist Church and features 2017 Bronze Medalist of the Van Cliburn International Piano Competition and two icons of Russian orchestral music: Dmitri Shostakovich and Sergei Rachmaninoff. Award winning musician Daniel Hsuis one of the most exhilarating young pianists on the concert scene today.

On Saturday, May 16, 2020, the main season will come to a cinematic finale at the Emerald Coast Convention Center with “Jurassic Park in Concert.” Featuring visually stunning imagery and groundbreaking special effects, the action-packed adventure of “Jurassic Park” pits man against prehistoric predators in the ultimate battle for survival. Experience it now, projected in HD with Sinfonia Gulf Coast performing John Williams’ iconic score live to picture. This epic film is sheer movie magic 65 million years in the making. 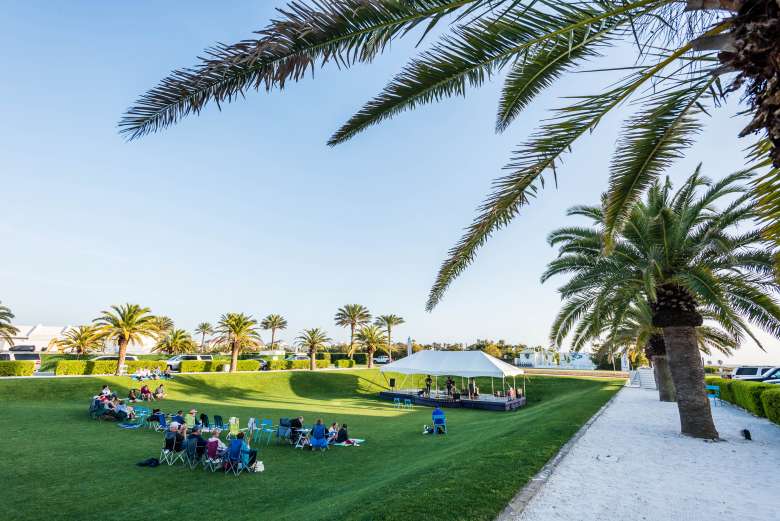 The season comes to an official close with Sinfonia Goes Pops!, presented al fresco on the amphitheater lawn at Alys Beach at 7:30 p.m. on Sunday, May 24, 2020. This patriotic, family-friendly concert is free and open to the public and concludes with a festive firework display finale.

Tickets for all performances are now on sale. Sinfonia conveniently offers the ability to purchase and print tickets online. Use the free Sinfonia Gulf Coast mobile app for Apple and Android devices or call the box office at (850) 460-8800. 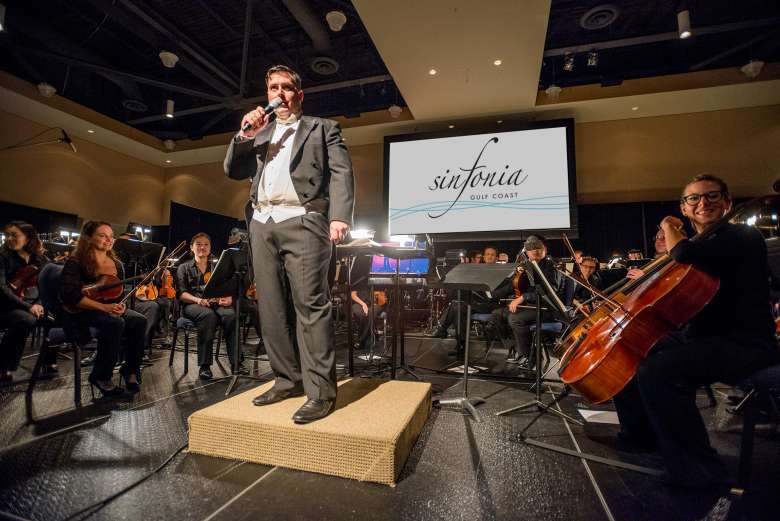 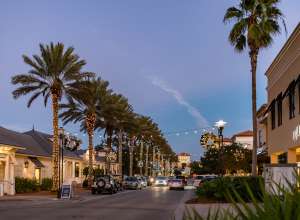 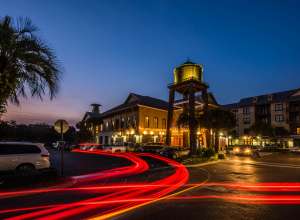 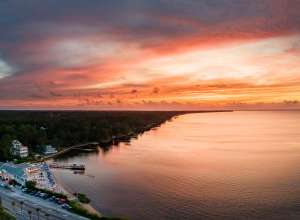 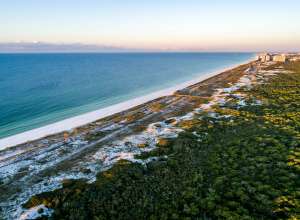