Stinky’s Fish Camp and Stinky’s Bait Shack have supported, promoted, and featured local South Walton music legends, as well as traveling musicians, for over 15 years. The new Songwriter Performance Series is an extension of that beloved music heritage. However, instead of the lively honky-tonk atmosphere we are accustomed to in the funky little shack, Tim Jackson’s Songwriters Performance Series LIVE @ Stinky’s Bait Shack provides music-lovers of all ages with a more intimate experience.

“This listening room experience is so cool. We are honored to be the venue and love to share the magic of this event with our loyal Stinky’s fanbase. Having Tim Jackson as a partner and friend is like being connected to the heartbeat of great music,” says owner Chef Jim Richard.

See schedule and purchase tickets in advance for all events at www.stinkysbaitshop.com. If you prefer to purchase your tickets in person, you are welcome to head down to the Bait Shack located on the west end of 30A on the shores of Lake Allen in Dune Allen Beach, Florida.

Tim Jackson has written and performed songs for five decades. He  lives a life filled with extraordinary people, twists of fate, and stories that inspire a wide-ranging body of musical works. His love of his craft, generous nature and willingness to help fellow artists has led to the creation of this intimate music series. Every Wednesday and Thursday night from 8-10PM he introduces audiences to talented storytellers, sharing their original live music.

“I am not interested in hit songs or how many awards someone may have. That’s great and all, but what matters most to me is that the storyteller and the audience have a chance to genuinely connect. I have had strangers come to me after a performance to share their own stories in response to something shared on stage. It’s authenticity and purpose we seek beyond fame or fortune,” says Jackson.

He has tirelessly procured talent from all over the world to perform for his Songwriters Series. When not performing, Jackson is methodically pacing the shack expertly balancing the sound system to create the highest-quality performance possible. Tim will be bringing national recording artists to takeover the Stinky’s Bait Shack stage on Wednesday and Thursday evening throughout 2022. Attendees will enjoy two-hours of songs and storytelling then a meet & greet at the end or the night’s performance.

The Stinky’s team gives current and potential ticket holders the chance to learn more about the musicians who will be LIVE at the Bait Shack each week by posting bios of that specific weeks artists on their social sites. Follow Stinky's Bait Shack on Facebook to learn more.

While you're on their social sites don't forget to see what else they have planned. Between crawfish festivals, fishing tournaments, and amazing local & regional musicals playing each week - there is always something fun happening in The Shack! 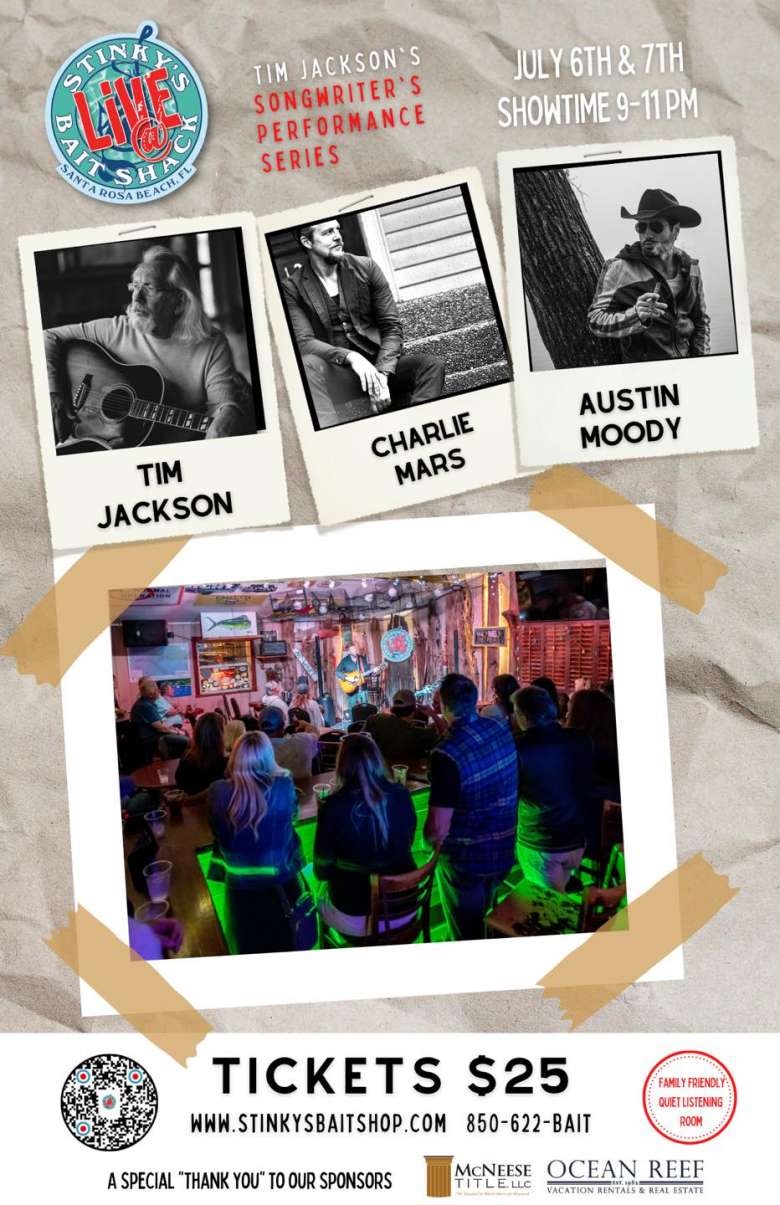 Tim Jackson, a five-decade veteran musician, songwriter, and performer is on tour featuring extraordinary talent each week at Warehouse 360 in Santa Rosa Beach through August 11, 2022. The Storytellers Tour ends its first season at Stinky’s Bait Shack on July 7, with an expected sell out show featuring Charlie Mars and Austin Moody.

“We are honored to be sponsors of this touring show and love to share the magic of this event with our community. Having Tim Jackson as a partner and friend is like being connected to the heartbeat of great music,” says sponsor Jim Richard, owner of Word of Mouth Restaurant Group. “The tour will return to Stinky’s Bait Shack August 17th.”

Every Wednesday and Thursday night Jackson introduces audiences to talented storytellers, sharing their original live music. The listening room experience is held in an intimate space allowing conversations with the artists much like sitting in your own living room among friends and family.

“What matters most to me is that the storyteller and the audience have a chance to genuinely connect,” says Jackson. He has tirelessly procured talent from all over the world to perform for his Storyteller Tour.

The first show at Warehouse 360 will be on Wednesday, July 13, featuring Lilly Winwood and Vital Humor. Showtimes are 7 to 9 PM, every Wednesday and Thursday through August 11, 2022.

Warehouse 360 is located at 360 WRM Circle (map link), Santa Rosa Beach, on the north side of Hwy 98 in the Blue Mountain Beach Industrial Park.
Follow the Storytellers Tour Facebook Page - www.facebook.com/timjacksontour for specific performer details. Tickets are $20 and can be purchased by phone at (850) 699-2824 or at the door.

Abby hails from nearby Niceville and loves the beach as much as anyone that ever lived. Her background in event planning, branding, and marketing allows her to share her love of the beach with the world. 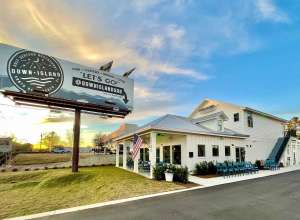 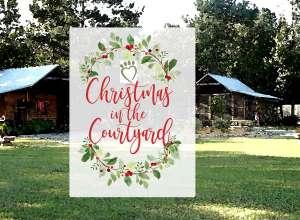 Christmas In The Courtyard Dec 10 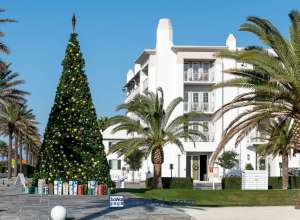 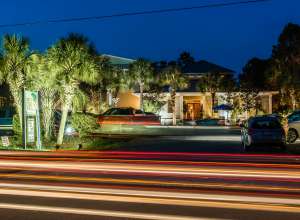