Visions of Seaside On Sale in SoWal | SoWal.com

Visions of Seaside On Sale in SoWal 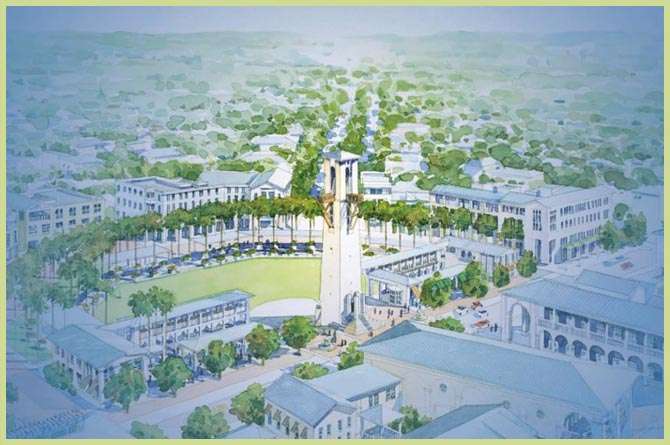 Visions of Seaside: Foundations / Evolution / Imagination / Built & Unbuilt Architecture, a new 608-page book by Dhiru A. Thadani, is now available in select stores in Seaside, Florida. The hard-bound, coffee table book explores important pieces of Seaside history, insights and ideas and will be sold exclusively in Seaside until September 3 and then available on Amazon and Random House bookstores.

The author will be conducting a book signing on July 19 at 6 p.m. at Pizitz Home & Cottage with additional book signings in SEASIDE® schedule during the next few weeks. Thadani is an architect and urbanist who has been in practice since 1978. As a design principal and partner for more than 30 years, he has completed projects throughout the world, and continues to provide a broad range of consulting services in architecture and urban design. His professional work has included new and adapted buildings, new developments, neighborhood revitalization and urban retrofits and infills, in addition to being a published author.

Visions of SEASIDE® explores designs of the town that were never constructed and the lessons it offers as an urbanist design. The book offers stunning, unique photographs and insights into the SEASIDE® community from its humble beginnings to its modern development today.

Says Thadani in the introduction, “The idea for this book was conceived during my artist residency at Seaside in January 2011. The very nature of my month-long sojourn offered time with Robert Davis. Experiencing the town in the company of its founder, as well as among its residents and merchants, I became aware of the numerous projects that had been designed for sites within Seaside but had not been built. I knew of Léon Krier’s prolific drawings for Seaside, but was amazed by the body of work by others. Intrigued, I delved deeper, only to discover a treasure trove of design drawings of extremely high quality."

Throughout its short history, many architects, urbanists, and builders have been drawn to Seaside to be part of its success. This was evidenced in 2001, by the plethora of design schemes submitted for a 20th anniversary competition sponsored by the Seaside Institute.

Seaside, built on 80 acres on Florida’s Gulf Coast, is an unincorporated, master-planned community located in South Walton County on Scenic Highway 30A, between Panama City Beach and Destin in Florida. Celebrated as the birth place of New Urbanism and for its focus on traditional family values, Seaside offers a thriving town center with shopping and dining, all within walkable distance to homes, cottages and offices. According to Newsweek, “Seaside—with its cozy, narrow streets, its jumble of pastel colored homes—is probably the most influential resort community since Versailles.” Seaside has been named the “Best Beach on Earth” for families by Travel + Leisure magazine and was included in USA Today’s list of 10 Best Beach Towns in Florida.

Consisting of more than 300 homes, many of them vacation rentals, more than 12 restaurants and eateries, and 41 shops and galleries, the town has become the topic of slide lectures in architectural schools and in housing-industry magazines, and is visited by design professionals from throughout the United States. The town rose to global fame as being the main filming location of the movie “The Truman Show.” 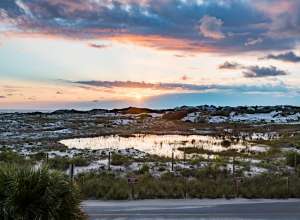 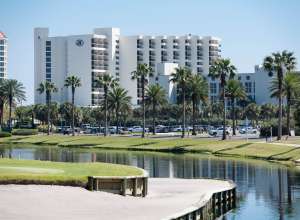 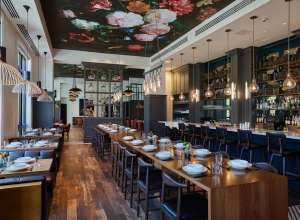