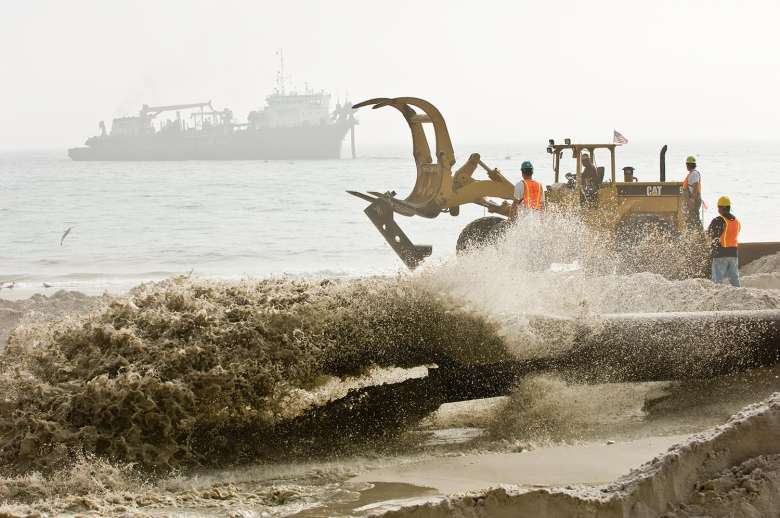 The Walton County, Florida, Hurricane and Storm Damage Reduction Project (Beach Nourishment Project) reached another milestone recently with the signing of the project’s Feasibility Study Report by General Thomas Bostick, Chief of Engineers for the U.S. Army Corps of Engineers.

The chief’s favorable report marks the culmination of the Corps of Engineer’s development and review process for the project, and the study will now be submitted to Congress and the Administration. The next step for the project is Congressional approval for construction authorization.

“This has been a long time coming and I am very proud of our team that includes Walton County, Visit South Walton (TDC), the Corps of Engineers, and our consultants Marlowe & Company, Taylor Engineering and Seahaven Consulting,” said Brad Pickel of Seahaven Consulting.

The proposed federal project totals 18.8 miles and includes the following areas:  the westernmost five miles of Walton County, Dune Allen to Blue Mountain Beach, Gulf Trace to western Grayton Beach, WaterColor to Deer Lake State Park and Camp Creek Lake to the Bay County line. During the next 18 months, the Corps of Engineers and Walton County will be conducting the Preliminary Engineering and Design Phase of the project, which will be the final phase before construction. More information will be provided in a workshop later this fall.

According to Pickel, beach surveys are set to begin in late August to determine the current condition of the dunes, beaches and offshore areas. The surveys will take about 4-6 weeks to complete. Visitors and residents should expect to see the surveyors on the beach as the project encompasses 18.8 miles of Walton County beaches. After the survey is completed, engineering and design will be performed and those results will be shown to the public at upcoming workshops with dates and times to be determined.

The next public workshop will be held in early December to discuss the proposed project and show the results from surveys, which will be conducted by the U.S. Army Corps of Engineers. A second focus of this workshop will be to discuss easements that are necessary for construction. Over 900 notices will be sent out to Gulf front property owners soon, detailing easement requirements and paperwork needed for moving forward with the project. It's too early to be able to provide easement language as it isn't finalized yet and will be the focus of upcoming staff meetings since that phase of the project just started.

The Walton County Hurricane and Storm Damage Reduction Project began in 2002 with Congressional approval to conduct a one-year Reconnaissance Study. That study deemed that there was likely a federal interest in restoring the shoreline and led to the initiation of the Feasibility Study in 2003. The Feasibility Study is scheduled for completion in late 2013. The Preliminary Engineering and Design Phase (phase 3) began in 2013. The last two phases are Construction and Monitoring. According to Pickel, based on the current schedule, the project construction is scheduled to begin in 2015 if a number of issues fall into place.

Main photo and attached photo gallery are from the Western Walton County Beach Restoration Project in February 2006. That project was done in conjunction with the city of Destin and completed in 2007. According to the TDC, 2012 monitoring showed the project is performing well and the volume of sand remaining in the project limits continues to exceed initial projections. 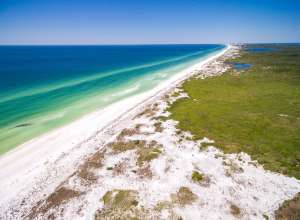 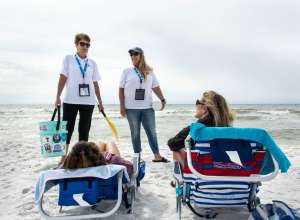 Volunteer Beach Ambassadors Hit the Sand to Educate and Inform