Ever wonder how the town of Seaside, Florida began? It's become an extremely popular place to visit and served as a model that many new small towns have followed. Read on to learn about the history of Seaside.

Time was, families coming to the beach stayed in simple cottages…in beach towns where porch-sitting and strolling were activities at least as important as swimming and sunbathing.

In 1946, on one of the family's summer pilgrimages to the shore, Robert Davis' grandfather, J.S. Smolian, bought 80 acres near Seagrove Beach on Florida's northwest coast. His intention was to build a summer camp for his employees, but his business partner wanted no part of what must have seemed like a worthless tract of sand. The Smolian family continued coming to that same shore every summer, and occasionally J.S. would take young Robert to the fields at the western edge of Seagrove Beach and walk around the tract. 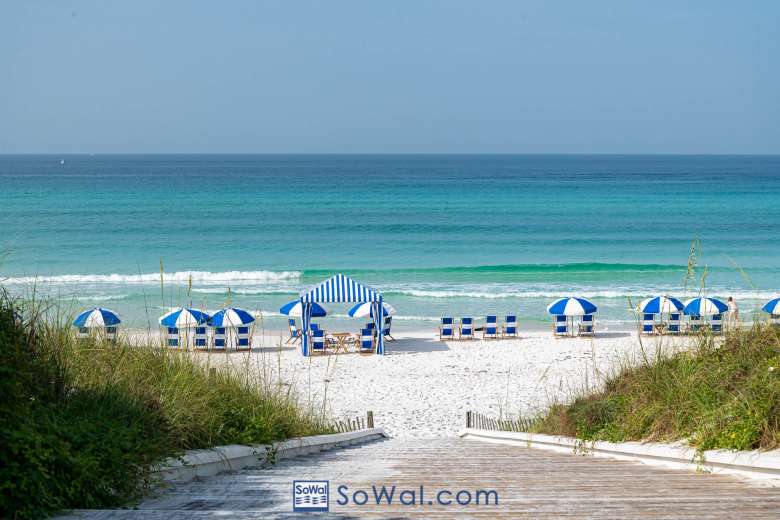 Robert Davis grew up to be a student of history as well as business, and became an award-winning builder/developer in Miami in the 1970s. When he considered making plans for the property near Seagrove, he naturally thought about idyllic family vacations along the same coast and the small cottages the family had stayed in. If he closed his eyes and let his mind wander back, he could almost feel gentle sea breezes evaporating the moisture on his skin as he sat on a porch rocker after a shower at the end of a day on the beach, absorbed in stories being told by grandparents, parents, aunts, uncles, and cousins. 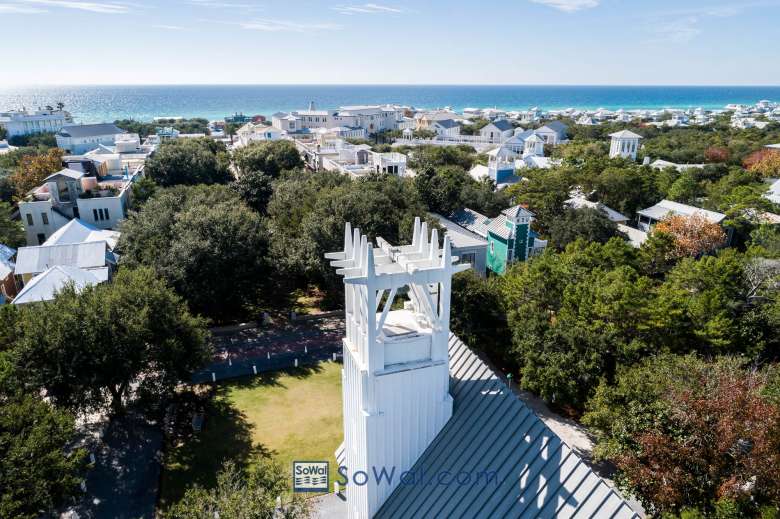 The idea of Seaside started with the notion of reviving Northwest Florida's building tradition, which had produced wood-frame cottages so well adapted to the climate that they enhanced the sensual pleasure of life by the sea. Cottages accommodated generations of family members, and kids got to sleep on the porch. These cottages had deep roof overhangs, ample windows, and cross ventilation in all rooms. They were built of wood and other time-tested materials and with reasonable maintenance, could last several generations. 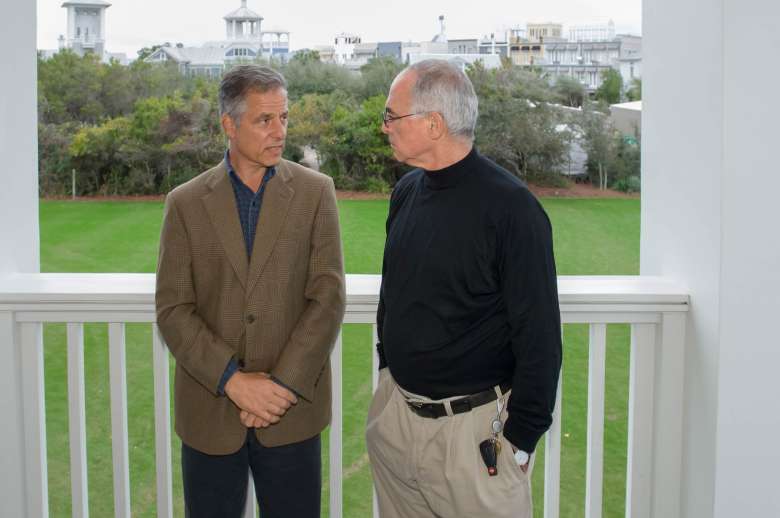 When Robert and Daryl Davis asked Miami architects Andres Duany and Elizabeth Plater-Zyberk to help him plan a community which would revive the tradition which had produced these buildings, it was soon clear that considerable research needed to be done. No one knew how to revive a building tradition. So a number of journeys were made through the South, and especially through Florida, with cameras and sketch pads and tape measures, until the architects and developers felt confident that the basic rules for making these buildings were understood. 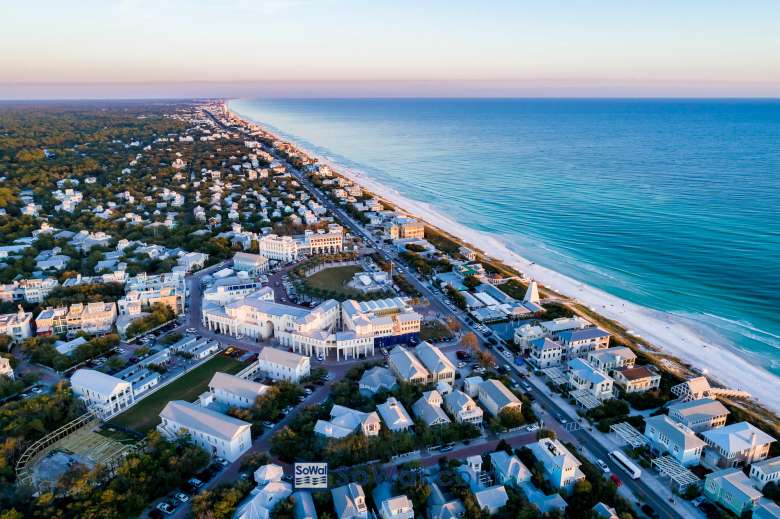 Most of the buildings were studied in the context of small towns, and gradually the idea evolved that the small town was the appropriate model to use in thinking about laying out streets and squares and locating the various elements of the community.

Eighty acres, it turned out, was the ideal size for a small town or a quarter of a city. Leon Krier, the noted urban designer who had written so eloquently about the restoration of the traditional city had used a diagram which showed that 80 acres is the area encompassed within a quarter-mile radius. This, in turn, was the distance a person would comfortably walk on a daily basis to go to work, to shop, or to go out to eat. 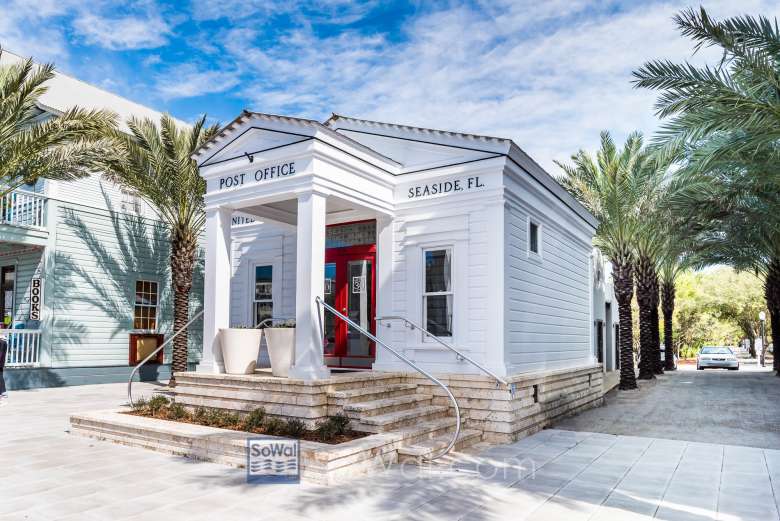 A sensibly laid out town or city would, in fact, have all of the necessities and pleasures of daily existence within walking distance of one's residence. You might have to use mechanical transportation to go to the opera, but you should not need to use a car to get a quart of milk, nor should you have to be a chauffeur for your children.

Two houses were built in Seaside before the master plan for a town was taken beyond the conceptual stage. It was important first to test the marketplace and to see whether a house which shared a beach at the end of a street could be sold for a price almost equal to that of a beach front condominium. The conventional wisdom in 1982 was that it could not be done, and that the additional constraint of strict architectural controls on all construction would be a deterrent to sales. 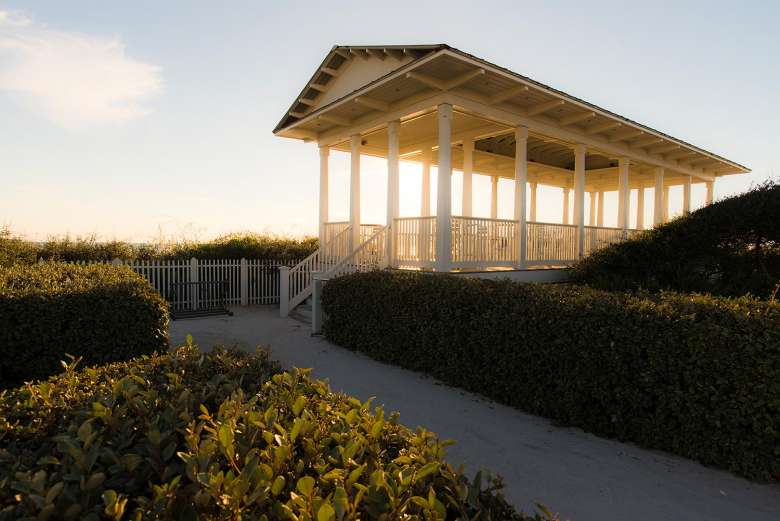 A pavilion was also built as a gateway to the sea and to serve as a symbol of the neighborhood sharing of the beach. The Tupelo Beach pavilion has now evolved into an almost generic symbol for Florida's remaining unspoiled beaches.

Initial sales in 1982 were encouraging -- better, in fact, than anticipated. Sales were also helped by early recognition, in both the architectural and popular press, that the Seaside idea was quite appealing and might be a model for changing the patterns of urban and suburban growth. 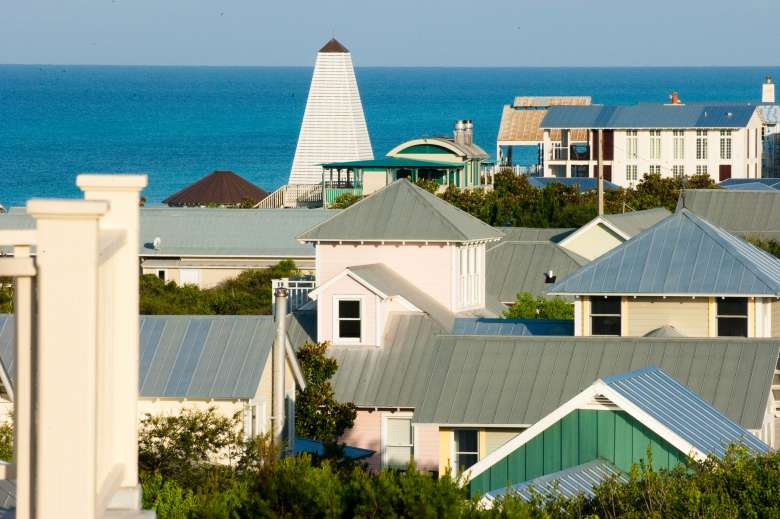 The master plan and the Seaside Urban Code were drafted in the summer of 1982. While they continue to this day to evolve and to change, these documents still incorporate the original simple and cogent ideas.

As few rules as necessary are incorporated into the Code. The goal is to ensure that each Seaside house will continue the regional building tradition and will contribute to giving Seaside's neighborhoods the coherence, cohesion, and strong sense of place that characterizes such towns as Charleston, Savannah, Nantucket, and Cape May. Seaside's houses share a common vocabulary of building forms and materials, but there also is a great deal of variety and heterogeneity within the town. 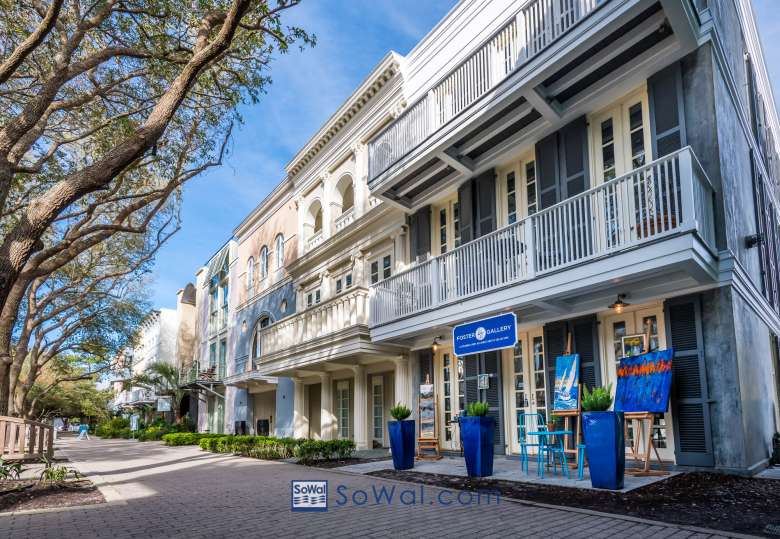 The Code is designed to work with the master plan to produce streets which are comfortable, even delightful, for pedestrians. The streets are designed to accommodate cars and parking but to make walking more convenient and pleasant than driving.

From inception, downtown Seaside has been an important part of the plan. Seaside visitors and residents are able to walk to Central Square, which contains most if not all of life's daily necessities and a good many of its pleasures.

Downtown Seaside started, however, in a very modest way, as a collection of tables under canvas where people gathered to buy and sell fruits and vegetables, handcrafts, and flea market items. It was not unlike the daily or weekly markets which formed the embryonic beginnings of most ancient Mediterranean towns. 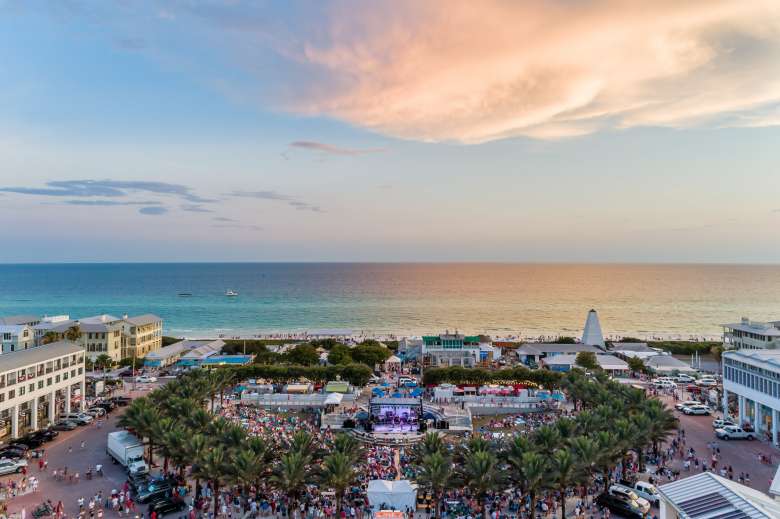 Since its beginning in December 1981, Seaside's success has been remarkable. Now there are more than 300 cottages, many of which are available for rent. The cottages range in size from small and cozy for a couple, to large and rambling, big enough for several generations to gather together.

Whether it is for a weekend, a week or a lifetime, Seaside must be savored long enough to let time slow down, to allow cares to float away on a balmy breeze. This can only be done through extended porch-sitting, leisurely strolling and sharing time with those you care most about in a way that late-20th-century urban existence rarely allows. 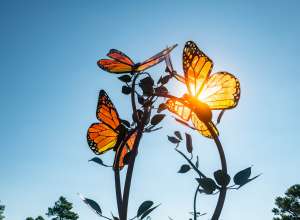 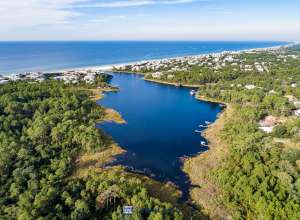 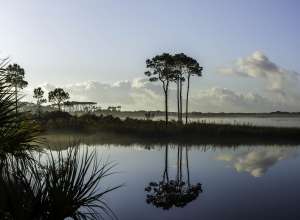 Having been a resident of the area for the last 55+ years, one remembers the Seaside property as being so pristine. Our family enjoyed the beach whether we were fishing or just spending time together. It's rather bittersweet what has happened to Seaside. If my memory serves me correctly (questionable), Seaside was supposed to be a pedestrian friendly area. Unfortunately, that is not the case today. Regardless, one encourages everyone to enjoy our beautiful part of the planet.