Be Sure To Catch “Shakespeare Abridged”

37 Plays in 97 minutes: A comedy roller coaster worth every cent!

How can 37 Shakespeare plays be condensed to one fluid, comical performance with only three actors? Great Question! But every Thursday, Friday and Saturday at the Seaside Repertory Theatre, that is exactly what is happening

in a show titled The Complete Works of William Shakespeare Abridged (1987; Long, Singer, Winfield). You do not want to miss this awesome display of theatrical commitment, or the opportunity to laugh 97 minutes straight!

Act fast, because there are only three performances left (July 28, 29, 30. at 7:30.) Luckily, the final shows of the season can be some of the best as actors give the performance their last “hoorah!” Of course, these actors (David Ebert, David Hopkins and Brook Stetler) have been giving it their all – all along and it shows. Their extensive training in theater and their complete understanding of Shakespeare was obvious. They broke down the complexities of timeless plays in a roller coater ride of fast past comedy. It was great!

The attractive David Hopkins kicked the play off with confidence and the crowd felt in the hands of experience right away. His background performing around the world (Sweden, Russia, Greece – to name a few) shined on the intimate stage of the Rep. He began as a storyteller for the show and served as a main thread that kept the performance moving forward without losing the audience. The show was indeed a tapestry of education, entertainment and showcase of creative scriptwriting.

You see, this show presented each play (within the play) in a relatable, creative and often totally current way – bringing the age-old Shakespearean characters into the future. And though David Hopkins maintained the continuity masterfully, he contributed to the non stop laughs. Ultimately, he played many roles: rapper, cheerleader, chef, and then some – all funny.

In an interview after Saturdays performance, David commented, “We all need to laugh, especially now…with so much going on, like the oil mess. We just want people to come down and have a good time.” And so it was, a very good time!

Perhaps you have seen David Ebert in other performances around town, it seems he is in them all! That is likely due to his extreme versatility, high energy and love for the stage. It is that love that enables the audience to love watching him as he brings life to whatever character he tackles. He took on at least 20 different characters in this show and his ability to do so was a high-point.

His zeal mirrored the theme of the show and his comedic, sprite movements (and wild expressions) had the audience glued, scene after scene. David was as engaging as the off-beat music selections interjected throughout the evening: bursting in at just the right time, mixing up the medium and offering spunky, unexpected laughs.

David also performs with the comedy troupe, The Flaws…which plays late night improv immediately after the Shakespeare show on Thursday and Friday (10-11pm.) The fact that anyone could do these two shows back to back is a testament to stamina! These involved, physically demanding performances would take a toll on any man. Yet, David plows through - seriously entertaining, and delivers!

Though each actor had a critical part in the comic success of the performance, Brook was assigned the most quirky roles (and often the female characters in awful wigs,) lending to him almost stealing the show. As a comedy performance, it is often hard to tell where script and improv meet and with Brook, it was nearly impossible to tell. He took on his parts so well; the audience was often left wondering, “Was he supposed to say that?” He was hilarious.

Brook has performing throughout the United States. Perhaps it was his classical training (and deeper understanding of Shakespeare’s works) that led to his strong, humorous mocking of the characters. Each of these players seemed to have a very clear grasp of Shakespeare’s plays and that allowed the audience to not only enjoy the performance, but learn through the laughter.

If you love Shakespeare, you will be delighted by the genius behind this presentation. If you know nothing of the plays (or admittedly not much) you will be thrilled no less. The play was advertised as, “97 minutes, 37 plays and 3 lunatics.” What that doesn’t offer is how well trained the “Lunatics” are, the appeal of their unique stylized performances, and their absolute ability to make you laugh out loud.

It was Shakespeare himself who once penned, “Pleasure and action make hours seem short.” The 97 minutes of Shakespeare Abridged flew by for those very reasons. It was a blast. 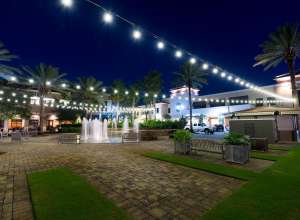 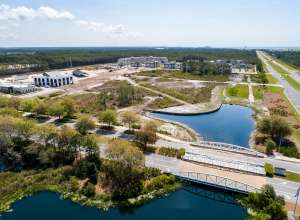 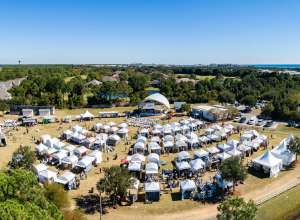 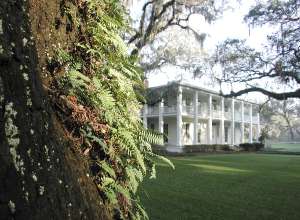