Borago in Grayton Beach is Famously Consistent and Delicious | SoWal.com

Borago in Grayton Beach is Famously Consistent and Delicious 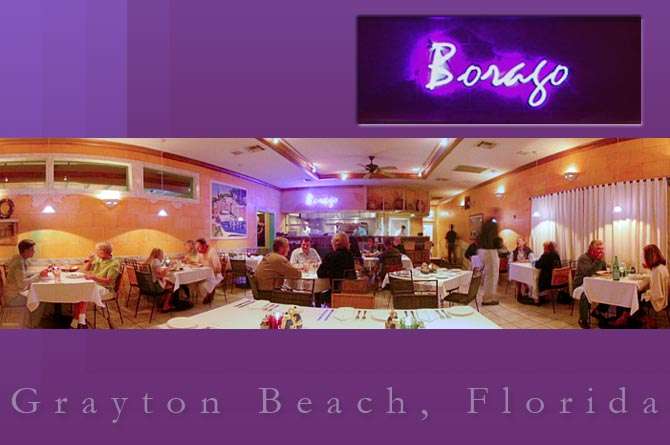 Just west of Grayton Beach State Park, nestled behind the trees, you'll find Borago Restaurant. With tourists flowing in and out during the summer and locals returning in the fall, Borago is always the happening place.

I bet Mark Anton and Michael Dragon would never have guessed they would be here when they first met. Each moved around quite a bit, but they didn't lose touch. Mark is from Charleston, SC and Michael is from upstate New York. They originally met in Charleston in 1992.

They reconnected in Birmingham when Mark returned home from living in the British Virgin Islands. Michael needed a chef and Mark took the job. A few years later on Labor Day weekend of 1999, they drove to Santa Rosa Beach on a whim. Borago was for sale, so they called. They definitely hit some road blocks, but opened six months later. It was meant to be. Since 1999, you can find one or both of them cooking any day of the week.

Walking into Borago gives you a feeling of warmth and welcome. Any given night you can rest assured that there will be numerous locals at the bar. It may be your neighbor or a friend, or someone you haven’t seen in a while, but you will not be lonely.

When you take a seat you are greeted by a friendly server who comes bearing a warm basket of homemade Focaccia bread. The veal meatballs and pan-seared scallops are just two of the scrumptious appetizers called Antipasti.

When you order dinner there are a few things to keep in mind. Borago is an Italian restaurant but they have some non-Italian specialties. The Grouper Niçoise is the staple dish and rightfully so. It is pan-fried to perfection and served over perfectly prepared artichokes, Kalamata olives, haricot verts, roasted tomatoes, and homemade whipped potatoes all resting in a white wine butter sauce. Glen Seawell, SoWal local, comes in once a week, every week to get the Grouper. He says, “I will never order anything else, so don't even give me a menu.”

Now, the pasta is another story. The Three-Meat Bolognese dish is their most popular. The tomato sauce has veal, hot Italian sausage, and sweet sausage sauce served over cheese tortelloni. The dish is hearty and robust and will leave you feeling satisfied. Talking to locals at the bar, consistency was one thing that was very clear. The staff at Borago just knows how to make it right time and time again.

The wine list is very diverse, offering wines from all over the world, not just Italy. There are usually at least sixteen or so wines by the glass to choose from as well. The service is first class which is a direct reflection of the environment in which the staff works.

Borago is a small restaurant with seating for just over 100 people. You have your choice of sitting on the screened-in porch, the lovely dining room with an open kitchen, or the bar. Borago embodies a true classic trattoria. Reservations are recommended so book today and enjoy one of South Walton's best and most consistent restaurants. 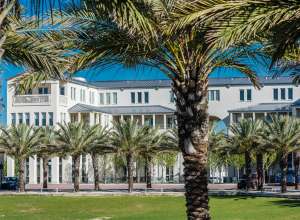 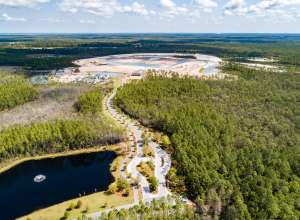 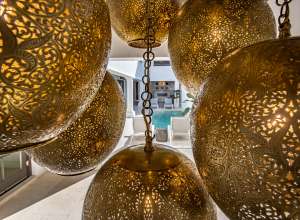