Until recently Walton County’s coronavirus testing has lagged far behind neighboring counties and the state. When the virus was first discovered taking hold in cities across the country, residents were overwhelming officials with requests for tests that just weren’t available. Lots of people were sick and wondered if they might have gotten the virus. Others were just wondering if they had been exposed.

“We had to turn a lot of people down,” said Holly Holt, administrator of the Walton County Health Department.

She said Walton faced the same challenges that plagued much of the rest of the country: limited access to testing kits and protective equipment for healthcare workers. At that time, tests were restricted to people who were symptomatic and had traveled to a hot spot or been in contact with a confirmed case.

Currently, the county has tested just over one percent of its estimated population. (The county’s permanent residents are estimated at 72,000. That doesn’t account for the almost 4 million visitors who flock to the beaches each year.)

Walton’s testing has increased significantly in recent weeks due to a few company-wide outreaches in DeFuniak Springs. With the virus having made it into into a nursing home in that city, Walton County is on its way to becoming a hot spot. Our number of positive infections as a percentage of our population has quickly surpassed that of neighboring counties. But officials really have no way to know how widespread the infection may be because of a lack of testing. Is it contained to the nursing home or the DeFuniak Springs area? Or is it circulating widespread across the county?

“Even if you don’t look at statistics, we know it's probably out there,” Holt said. “Our testing numbers are not as high as they need to be and our contact tracing is showing that a number of people are testing positive with no symptoms.”

Officials hope to increase testing numbers dramatically with a series of drive-through testing sites throughout the county starting on May 14. The oral swab tests are free and open to anyone and everyone, whether you have symptoms or not. Participants don’t have to be full-time residents either. It’s the first countywide effort of its kind.

“I want people to know it’s very important for us to get a snapshot of what’s going on this community,” Holt said. “We need them to come.”

She hopes to get a minimum of 800 to 1,000 tests completed through the drive-through program. If the county could get a total of 1,400 residents tested in May that would cover about two percent of the population, a level experts recommend as a minimum necessary to have an understanding about how the disease is spreading in a community.

Holt said requests for tests have dropped off significantly since March and early April. She can only guess at the reasons, but she thinks some people just became tired of asking only to learn they weren’t eligible. She also thinks some people may be scared. If they test positive, especially with businesses opening back up, they could lose work or other opportunities because they would need to quarantine for two weeks.

But, as the recent outbreak at the Chataqua Rehabilitation and Nursing Center in DeFuniak shows, an asymptomatic individual or someone who chooses to work even when they are sick can wreak havoc on vulnerable populations. Two deaths have already been reported there.

“We hope people will be willing to get tested, especially those who are not showing symptoms, so we can actually find out what is going on in our community,” Holt said.

The test dates and sites are as follows. (A date and location will be added in Paxton at the end of the month, as well.) 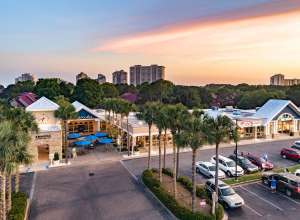