A group of Walton County residents has incorporated “Safe Water for Walton, Inc.,” as a Florida non-profit organization - primarily to continue community opposition to a “deep injection well” State permit that would allow toxic landfill leachate to threaten the regional water basin.

This watershed encompasses all or parts of Walton, Okaloosa, Bay, Holmes, Washington and Jackson counties. The same interconnected watershed is Walton’s primary source of public drinking water to residents and businesses. In addition, it is the only water source for thousands of private wells, across several counties.

The proposed State permit is currently on hold until March 2018, but its “application review” could be revived at any time beforehand.

The four founding Board members of Safe Walton for Walton are: Steve Hall of DeFuniak Springs; Beth Jackson of Freeport; and Kelly Layman and Jeff Talbert, both of Santa Rosa Beach.
A Board of Advisors featuring subject matter experts is being organized as well.

The group’s Facebook page has drawn more than 11,500 engagements from across the Panhandle and the Big Bend in Tallahassee since it began in July.
In the short-term, Safe Water for Walton’s stated goal is “to closely monitor and oppose the proposed State permit that would allow drilling for an exploratory ‘deep injection well’ by a private company, designed to inject ‘landfill leachate’ more than 4,000 feet down an uncapped well, and past at least two layers of freshwater aquifer layers. We are deeply concerned that the general public depends on these assets for safe and reliable drinking water. Walton also enjoys a strong fishing, boating, and recreational economy based on its vast water features.”

The geography impacted by approximate 1 mile-deep uncapped bottom well structure includes:
• numerous large and tributary rivers, bayous, and creeks that flow south into Walton from the Florida state line;
• several magnitude freshwater springs, which are rare and serve to “recharge” the public drinking water supply while partially feed waterbodies such as Walton County’s famous “coastal dune lakes” dotting Highway 30A;
• the massive Choctawhatchee Bay, which alone covers 120 square miles and is fed by the Choctawhatchee River to the north; and
• fragile recreational springs that are serving as public parks, popular visitor destinations within the basin that also provide robust local revenue to businesses and governments.

Toxicity of “leachate” is main concern

Safe Water for Walton opposes the permit due to the known and growing failure rate of deep injection wells across the country combined with the concentrated toxicity of “leachate” as the intended permitted use for the mile-deep proposed well.

Multiple public and private entities, including the U.S. Environmental Protection Agency, admittedly do not have complete deep injection well maintenance records in their respective databases, further adding to the problem.

The EPA’s database, for instance, is supposed to include complete data such as:
• failure of test leak monitoring;
• unauthorized injection well use incidents; and
• other related violations.
There were tens of thousands of documented violations over a recent two-year period just in the states of Texas, California, and Florida alone, according to the EPA’s records.
Those numbers do not include any ongoing or undiscovered leakage at “abandoned” deep injection wells, which have occurred in Florida as well as other states.
Safe Water for Walton, in its ongoing scientific study of related issues, points to the fact that deep injection well fluids—whatever their varied stated purpose or type of liquid injected—are routinely migrating into the public water supply.

“This is a very straight-forward concern that we are dedicated to on behalf of our immediate and regional neighbors: We all depend on safe drinking water. All of us. In Walton County, we have the added blessing of an untold number of recreational activities in and around our waterways,” Kelly Layman said. “State and national water contamination crises in communities continue to grow—as do the clean-up and legal bills that can, and have, dragged on for decades. Real estate property values then plummet, and a local economy is unable to rebound. Landfill leachate is the worst possible liquid to inject down an uncapped well in a part of Florida that sits closest to the Floridan Aquifer.”

Safe Water for Walton is focused on “leachate” as the stated deep injection well use at Jackson County’s “Springhill Landfill,” a site that collects garbage from across the Panhandle. (The landfill is operated by a private company, which is pursuing the State permit for the injection well.)
Leachate is widely known to be both highly toxic and in an extremely concentrated form.

Leachate is the poisonous liquid collected at the bottom of every landfill that can contain dozens of known carcinogens and heavy metals—any one of which adversely impacts human organs and creates other chronic or terminal diseases.

There is often no way to “see” or “smell” contaminants in drinking water, the group notes. It is typically discovered after being tested. Once discovered in private wells, they are typically rendered useless, abandoned, or “capped.” Public utilities, meanwhile, are tested proactively on a routine schedule pursuant to federal and state regulations—but would be unable to address or remediate the type of wide-ranging and concentrated toxicity of leachate migration.
Key dates in permit timeline:
• Summer 2016: Permit application filed with Florida Department of Environmental Protection (FDEP). File remains in active status, and permit applicant recently requested that the state agency review be temporarily paused.
• Spring 2017: Panhandle communities discovered permit application’s existence after a single public hearing in Jackson County, required by state law, was held. In April and May, the Jackson County Commission, City of Marianna, and Town of Sneads all hold hearings and pass unanimous resolutions in opposition.
• July 2017: One of the founders of Safe Water for Walton, Kelly Layman, asks the Walton County Commission to study the issue and potentially join other local governments in formal opposition to permit application.
• August 2017: During a two-week period, all three municipalities in Walton County—cities of Freeport, Paxton, and DeFuniak Springs—passed unanimous resolutions opposing deep injection well permit.
• September 25: The Board of County Commissioners of Walton County passes a resolution 4-0 opposing the issuance of the State permit.
*Source: Safe Water for Walton, Inc.

To date, key letters of concern or opposition to the “leachate deep injection well” have come from State Senator George Gainer, R-Panama City; Congressman Neal Dunn, R-Panama City; and U.S. Senator Bill Nelson, D-Florida. Other state and federal officials have not yet provided written public statements. All of these letters as well as the resolutions can be found on Safe Water for Walton’s Facebook page.
Founding Board members—Safe Water for Walton, Inc. 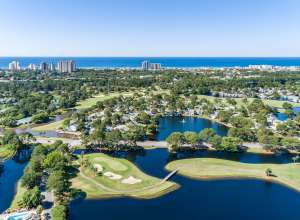 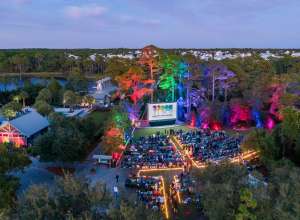 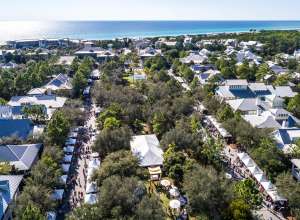