Well, after a short break for some knee surgery and recoup time I am back on the water fishing hard again.

I had to take a a break for a little over a week and missed a couple days of cobia season. That usually wouldn't have mattered much but the cobia have seemed to have pulled a disappearing act since I got back on the boat.

There have been a few fish caught but not near the numbers we are used to this time of year. Everyone has an explanation, from the oil spill in 2010 to a North Korean conspiracy. I am still remembering last year year where we caught WAY more fish in May than in April and am looking for another wave of brown backed crab crunchers to show up in the next week.

The Pompano have arrived, right on schedule and the beach fisherman have been doing real good with them as well as the occasional Redfish. The King Mackerels have shown up right on time this past week as well, adding yet another great fighting and tasty critter to our target species. I have heard several reports of Mahi being seen ( and caught) but I have not seen any yet.

There are still plenty of Vermillion Snapper around and we have been catching quite a few Scamp groupers with a few being of "keeper" size.
The big talk of most offshore fisherfolk is the opening of Red Snapper in State waters in a couple weeks on May 6th. I'll need to to do a little prospecting here soon to have some lined up for opening day.

Here's some pics from the past week.

My ace junior angler, Cooper with a pair of Kings he caught this AM with no help from dad or me other than moral support. He caught his first cobia today to but it was about 2 inches short of legal. 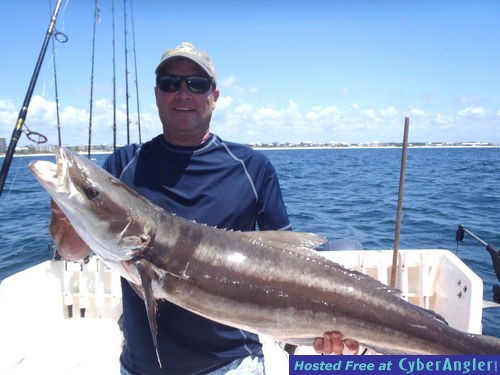 This fellow said the last cobia he caught was 27 years ago, he was sure excited about catching this one yesterday.

His buddies caught some nice mackerel as well. 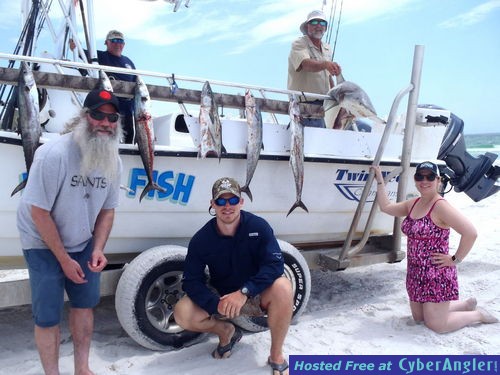 These guys had a tough time keeping their mackerel for themselves... they got one of the thieves that ate number 6 too! 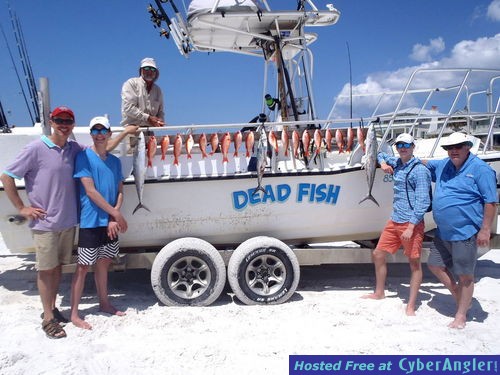 A fine pile of Snappers, a Scamp and a few more Kings. 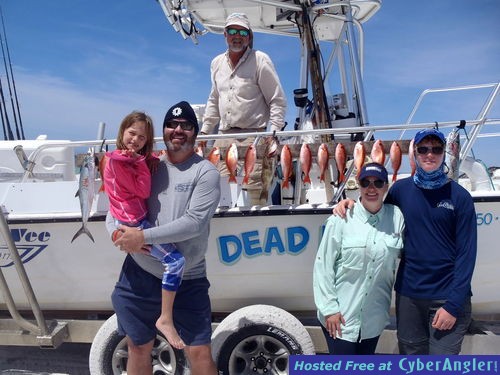 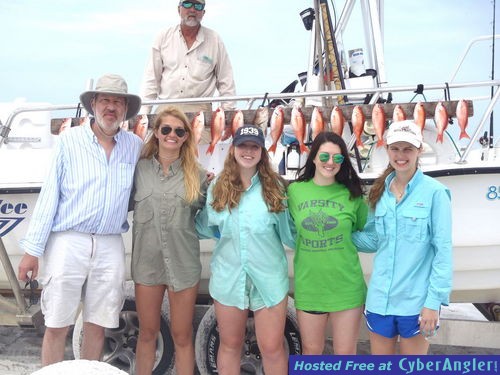 Spring Breakers with part of a bunch of snappers and a Scamp.

Plenty of fish to catch right now, get out there and get after 'em!