Customary Use and Our 30A Legacy

Stone Cold J said:
According to one of the Plaintiff Lawyers , the issue of forced occupation of private property against the will of the property owner (chairs on private property) could be in the courts for the next 10 years. What about some short term solutions that don’t violate current Florida laws or the US Constitution until the courts decide differently?
Click to expand...

Lord help us! 10 more years of Rauschkolb and Uhlfelder and their antics, intentional mistruths, degrading of BFOs with Nazi analogies and staged trespassing?

At least you are trying to come up with some ideas and it’s very much appreciated, at least on my part. A much much simpler solution is to BAN vending on public beaches, period. I don’t think tourism will suffer AT ALL And the public accesses remain that - truly public, not controlled by beach vendors in any way. And then there’s nothing to enforce except NO VENDING ON PUBLIC BEACHES..... no ghost setups, no 50% malarkey, no within 15 feet of the water line OR dune, no nothing. Again much simpler and much easier to enforce.

BCC needs to take notice as I sense even “my enemies” are in agreement on this point.
Last edited: Jun 13, 2019
Toggle signature
$

FloridaBeachBum said:
Still no CU answers to any questions asked on this thread or evidence/facts property right positions are wrong and CU positions are right.
Click to expand...

Ya, I don't get the statements about evil, greedy, sneaky BFOs, protecting Constitutionally protected property rights, trying "yet another desperate tactic to silence the voices of ordinary beachgoers". Customary Use Will Destroy Our 30A Legacy

When asked to come out in an relatively open forum to take positions already taken in public with facts, not rhetoric and shout downs? Nothing! Guess when you think you are right in the darkness of the closed antisocial media Facebook forums and you repeat what you believe enough times, you just believe CU of private property using an archaic English legal doctrine is right. The question is why? What alternative facts are there to dispute the property right facts on this thread and to warrant spending many many millions of Walton tax payer's dollars?

I guess if you can't stand the Sunshine of the facts ... "If the law and the facts are against you, pound the table and yell like hell" Carl Sandburg.
Medical Daily. When Arguing, People Who Can't Use Facts Use Morals
"Overall, these findings show how strong bias can be in the face of facts, and suggest the ways in which political and ideological polarization occurs. “We’ve learned that bias is a disease, and to fight it we need a healthy treatment of facts and education,” the researchers wrote. “We find that when facts are injected into the conversation, the symptoms of bias become less severe. But unfortunately, we’ve also learned the facts can only do so much."
Source: Friesen J, Campbell T, Kay A. The Psychological Advantage of Unfalsifiability: The Appeal of Untestable Religious and Political Ideologies. Journal of Personality and Social Psychology. 2015.

Or just pretend the facts are not there and stay in the closed antisocial media "echo chamber". No CU credibility.

The Walton Commissioners lit the flame of public customary use of private property firestorm as far back as 2007. BFOs connected the Commissioner's CU dots over the years. FBFA and antisocial media have fanned the flames since 2016, not based on the Constitution but a strategy that might makes right! Right? "Sorry if you folks [property rights advocates] feel overwhelmed with sentiment towards customary use; more people just believe what we believe; that will always be the case." Based on what!? Because you read it on an internet slide, shown to be wrong on this thread, from a bizarre CU provocateur (and I'm being nice)?

If there was any question that Believers of public customary use of private property really want to find alternatives to litigation with beach enforcement; the Commissioners already have a duty to all Walton citizens to do, "...no one is going to stop us from using whatever legal means to that end [CU]." As long as it's tax payer's money. Customary Use Will Destroy Our 30A Legacy
OK with Defendant BFOs if litigation is what it takes. If BFOs prevail the Walton tax payer may be paying both sides for Commissioners' and CUers beliefs.

I'm almost glad FBFA is intervening in Commissioners' litigation against 4,671 BFOs. I'm sure the FBFA attorney will be a huge help, if his beach antics and heritage rhetoric are any indication, in the legal proceedings to Walton's $425/hour attorney Theriaque (said sarcastically). CUnCourt.
Last edited by a moderator: Jun 14, 2019

BlueMtnBeachVagrant said:
Lord help us! 10 more years of Rauschkolb and Uhlfelder and their antics, intentional mistruths, degrading of BFOs with Nazi analogies and staged trespassing?

At least you are trying to come up with some ideas and it’s very much appreciated, at least on my part. A much much simpler solution is to BAN vending on public beaches, period. I don’t think tourism will suffer AT ALL And the public accesses remain that - truly public, not controlled by beach vendors in any way. And then there’s nothing to enforce except NO VENDING ON PUBLIC BEACHES..... no ghost setups, no 50% malarkey, no within 15 feet of the water line OR dune, no nothing. Again much simpler and much easier to enforce.

BCC needs to take notice as I sense even “my enemies” are in agreement on this point.
Click to expand...

Ruh roh. You and Rauschkolb agree 8n vendors.
Toggle signature
What you think you become.

Holy cow!!! (since I bought near a cow pasture and must expect cows on my property per Dave Rauschkolb). This pretty well explains the psychology behind all the madness of CU “justification” (link of the previous post by @FloridaBeachBum - yet another excellent post).

“For their study, the researchers conducted four experiments in which the first two tested how challenging a person’s beliefs had them arguing in untestable ways. One of them, for example, involved showing 174 participants who either opposed or supported same-sex marriage supposed facts that either bolstered or refuted their opinions. When they were shown facts that opposed their views, regardless of their stance, they were more likely to say it wasn’t about the facts but rather about their own moral opinions. They were also more likely to say their opinions were based on fact rather than morals when the statements supported their beliefs. “In other words, we observed something beyond the denial of particular facts: We observed a denial of the relevance of facts,” the researchers wrote.”

Customary Use “support” is a situation that 100% corroborates “denial of the relevance of facts”.
Last edited: Jun 14, 2019
Toggle signature
$ 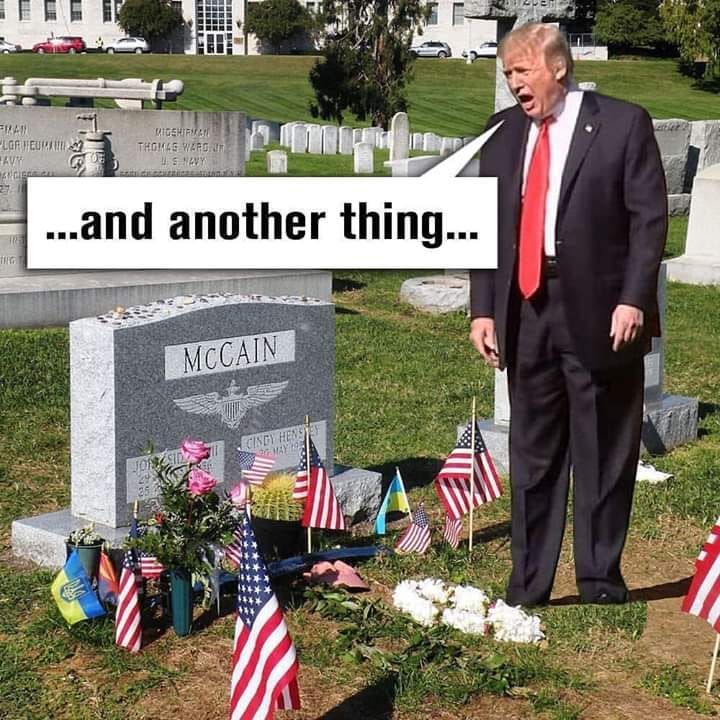 BlueMtnBeachVagrant said:
Customary Use “support” is a situation that 100% corroborates “denial of the relevance of facts”.
Click to expand...

And the researchers should have thrown in juvenile responses as well - evidenced above.
Toggle signature
$

After 700+ comments in this community forum of locals, one thing seems clear. The CU argument has no basis for legitimacy other than entitlement emotion by those not owning beach property. The county has failed to support the onslaught of tourists they've attracted. The county has failed to control near beach and off beach beds buildout. The laws and history of county endorsed private beach property ownership have been proven here. The myths of Quiet title, beach taxation, public beach turned private, HB631 falsehoods, have all been proved false here. Not one CU advocate/activist/agitator has contributed anything to the contrary. Yes, they have repeated socialist mantras; the beach belongs to everyone, its greedy to say you own the beach, why can't you just share, etc...
After all has been said, It would seem the court will follow the same path as this thread. CU has no Chance of winning. However..... as Reggie predicted, and you can see now every day, the loud antics of some unethical CU players will guarantee that -
Customary Use Will Destroy Our 30A Legacy

Both arms and a leg were fractured when he ejected from the aircraft, as McCain was shot down by a missile during the Vietnam War. He nearly drowned after parachuting into a lake. After being pulled ashore, the enemy crushed his shoulder with a rifle butt and bayoneted him.

Have you ever had a broken bone?

Although severely injured, his captors refused to treat him. They beat and interrogated him to get information. Eventually he was given marginal medical care after learning his dad was a US Admiral. During the 6 weeks in the minimum care hospital, he lost 50 pounds while in a chest cast and his hair turned white.

He was then shackled and thrown into dark cells in North Vietnam in extremely harsh conditions, including 2 YEARS of solitary confinement. He was subjected to a program of severe torture, bound and beaten every two hours, while also suffering from severe dysentery. Additional injuries brought McCain to the desperate point of suicide, but his "preparations were interrupted by guards". Sadly, 20% of his fellow tortured POWs died in captivity. McCain continued to receive two to three weekly beatings because of his refusal to sign additional statements of confession.

After 5 1/2 YEARS of this tortured imprisonment, he was released. His injuries left him permanently unable to raise his arms over his head.

Have you never lost a loved one? How do you want to be publicly portrayed after you are gone?

Politics aside, McCain's widowed wife, 7 children, and all his grandchildren are all able to view your distasteful public display of such disgusting desrespect for humanity itself.

Is this what we have become in our local community?
Distasteful memes, not only allowed, but actually welcomed by the site administrators? As a cheap substitute for the complete lack of honest, insightful, rational, factual, civil discourse?
...All because of one's self-proclaimed entitlement to sunbathe on a particular spot on the beach?

Reggie was right.
Customary Use will destroy our 30A legacy.

The repetitive disrespectful meaningless posts have been reported before but maybe if someone other than a beach property rights advocate reports the clear alleged Terms of Use violation something would be considered to remove and prevent future alleged 3.2(a) violations.

Just another example of CU in-credibility, shout-down, a manipulated image rated "Winner" by some, done out of spite regardless of the disrespect to a deceased decorated military POW and US patriot; and not discouraged by the forum.
Last edited by a moderator: Jun 15, 2019
You must log in or register to reply here.
Share:
Facebook Twitter Reddit Pinterest Email Link
New posts