Madison Olson is a  SoWal native who now lives in France and is building a campaign to race across the Atlantic on a 6.5 meter sailboat alone!

Madison grew up on the beach in South Walton and began her sailing career shortly after leaving South Walton High School. Her goal is to participate in an upcoming Minitransat Regatta from France to the Caribbean. She is the only American female set to compete. She hopes to be predominately sponsored by American companies, to provide our country with more of a presence in this ever-growing sport.

I have decided to race the  Verdier designed Prototype in the 2021 or 2023 Transat, depending on how the campaign goes," says Madaison. "I moved to Brittany on the French coast about a month ago to kick start this project and have been meeting with mini sailors and figaro skippers as well. Everyone here is very helpful about the process and getting a sponsor is the hardest part!, I started the fundraiser thinking it might catch people's interest in different parts of the country to my campaign."

My name is Madison Olson and I have been sailing professionally for the last ten years on vessels ranging from 25 to 145 feet. I was born in Key West, Florida to a family of adventurers that fostered a love for the ocean and a need for exploration. I spent my childhood raised on a sailboat off the coast of the Florida Panhandle, and from the time I was small I worked with my father building boats. At the age of 21, I received my Merchant Mariner Credential and began to skipper yachts in the Caribbean and the USA. Since then, I have raced in a multitude of regattas around the USA, Europe, and the Caribbean.

The Mini Transat began in 1977 in England by the avid yachtsman, Bob Salmon. It was created with the purpose of providing an affordable offshore solo race for sailors and it has become a incubator for professional offshore sailing, like the Vendée Globe. The Mini is a solo and unassisted race, beginning in France and finishing in the Caribbean, and runs in odd numbered years. To qualify for this race, sailors need to achieve 1500 nautical miles combining multiple races with their own boat. Each sailor has to complete a 1000 nautical mile circuit, solo and non-stop, in order to demonstrate mental and physical fitness.

This process takes about two years of training in a wide range of solo and double handed regattas around Europe. I have chosen a prototype vessel that is fitted to project me to the podium. The funds received will be put forth to purchase the vessel, which assumes about 70 percent of the overall budget. The Prototype 930, is for sale for 80,000 euros and will be paid for in part by myself, donors and sponsors. I am the only American woman involved with this level of sailing and intend on running a well-rounded campaign. I am looking to partner with an NGO to raise awareness for global disaster recuperation so that there is more of a balance between sport and community outreach.

The goals to be achieved, during this time frame, are increasing international popularity to the sport, highlighting the equality of women in sailing, ignite interest in the American public, and successfully running a campaign that unites corporate sponsors and a nonprofit institution. 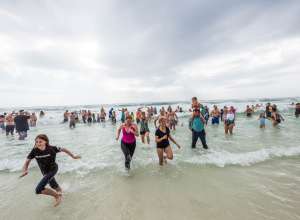 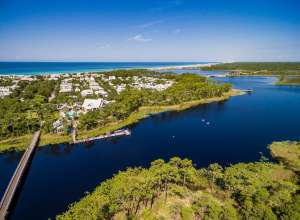 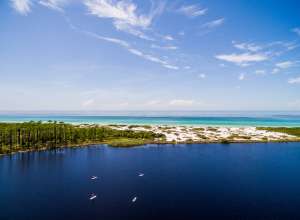