Griffin House is LIVE@TheREP on Thursday, May 4 at 7:30pm in the Seaside Repertory Theatre.
Tickets & info: http://lovetherep.com/griffin-house-is-livetherep/

It is a true, and nowadays rare, musician who writes lyrics so vulnerable and authentic that an audience is irrevocably captured by the powerful experience of sharing the journey. Recording and performing for over a decade, House has toured with Ron Sexsmith, Patti Scialfa, Josh Ritter, John Mellencamp, Mat Kearney, and The Cranberries. His songs have since been featured in countless films and television shows such as One Tree Hill, Army Wives, and Brothers and Sisters. House has released ten albums and continues to headline his own national tours.

Every concert in the LIVE@TheREP Series sets the audience in an intimate venue with the music industry’s Grammy nominated powerhouses.

Visit LoveTheRep.com for main stage performances and concerts throughout the year for music and theater lovers. Check SoWal.com events calendar for all the Seaside REP Theatre shows.

Tickets for all concerts and main performances at LoveTheREP.com. 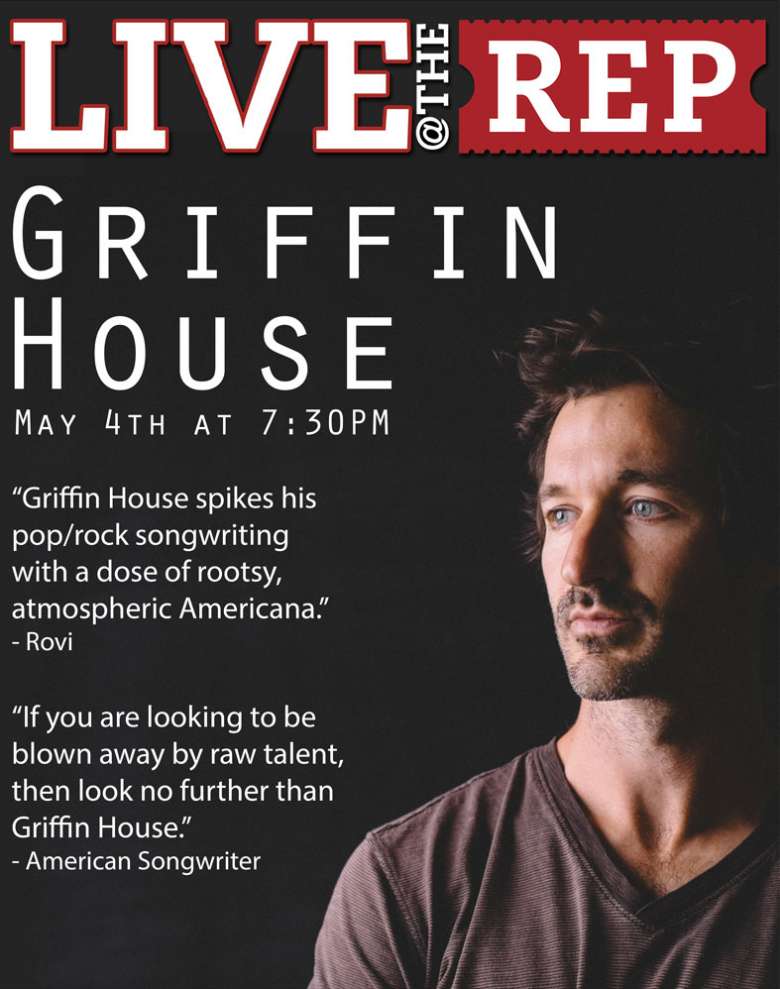 Celebrating its 16th season, The Repertory Theatre is Northwest Florida’s premier professional theatre company. The REP has built itself into a first-rate regional theatre, attracting some of the finest talent from around the country. The REP’s host of talented theatre professionals and group of dedicated volunteers work together to entertain more than 30,000 people each year. Having established an indoor home on the stage of the 75-seat Meeting Hall Theatre in downtown Seaside, Florida, The REP has never stopped broadening its horizons, adding new programming and new venues in Seaside and beyond to better reach its expanding audience base. For five years, The REP has provided a successful drama mentoring programs to area elementary and middle schools that introduces and teaches students all aspects of theatre including lights, sound, costumes, sets and stage management.