Gina Shiflett, the intrepid owner of Salon Twist in Seagrove, was returning home to South Walton from a three-week journey across India.

Her backpack in tow, bags overstuffed, back aching ... she plopped down beside a petite lady in an overcrowded Indian airport and asked, “Do you speak English?”

“In ten minutes, I probably knew more about her than I knew about my best friend,” exclaims Gina. “And she’s showing me pictures of everybody and thanking me profusely for my time.”

The sweet little lady talked about her uncles, her aunts, her great nieces and nephews, and how she’s always given to the school by her house and this is her hometown, but she lives in Mumbai, and on and on and on.

When they called Gina’s flight, the lady tells Gina, “Ok, that’s your flight but wait a few minutes. Your bags are heavy.” Seeing that Gina was nervous, she says, “May I give you a travel gift?” Then she reaches into her bag and begins to pull out handfuls of walnuts. “These walnuts are from my tree, please take them as your travel gift.”

It was a simple gesture but summed up so much about Gina's experience during her time in India.

“That is what I experienced throughout my journey. Love, a reverence that is unspeakable,” says Gina. 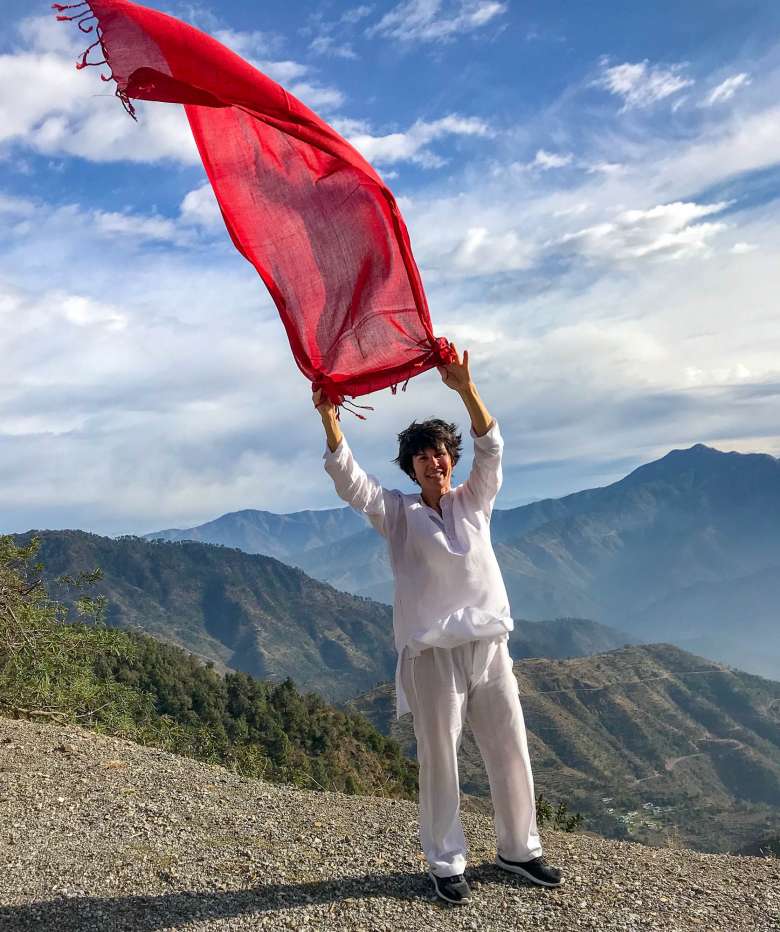 It all began the night Gina received an email from the ashram to which she had made a donation several years prior ... Because you donated money to our ashram, construction is now complete and we’re going to have a ribbon cutting and you’re eligible to go to the Kumbh Mela (the largest peace gathering in the world that only occurs once every four years). Without further hesitation, Gina said yes. 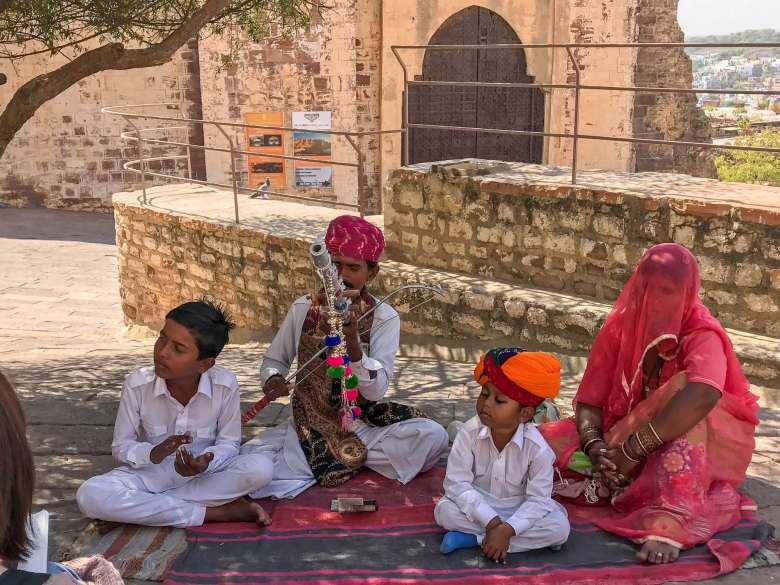 “It was so beautiful that I got the email that spurred me to go,” says Gina. “That was my 60th birthday present to myself. And while it was the most rewarding, richest, most fulfilling trip I’ve ever taken, it was very challenging.” 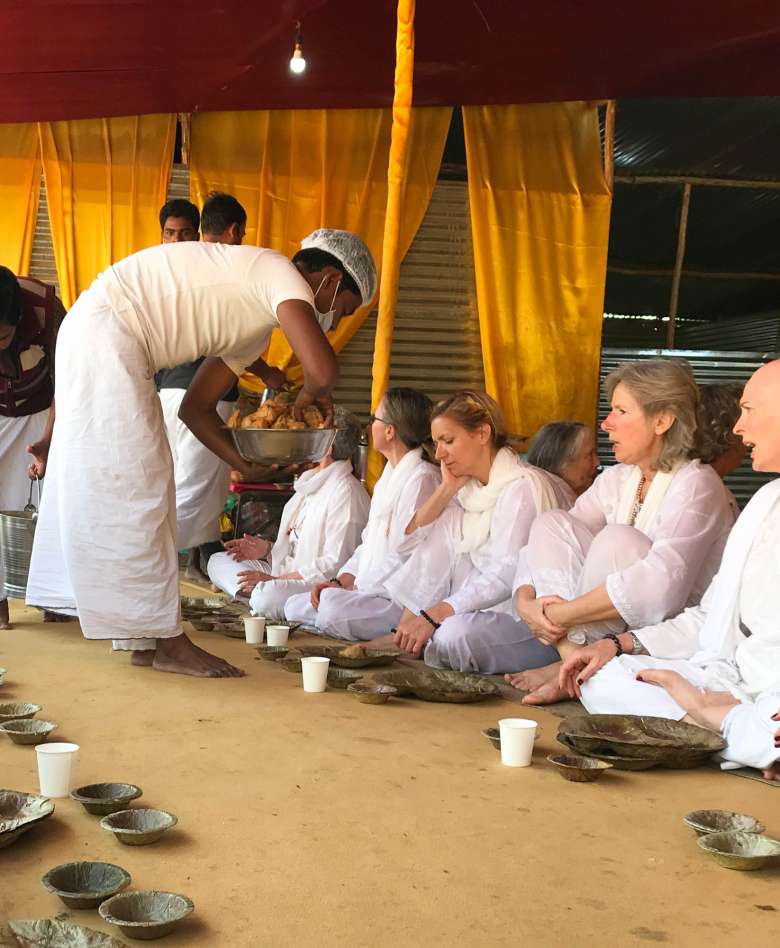 On day one, Gina arrived in Delhi before flying on to Varanasi, the most sacred city in India. From there, she took a five-hour bus ride to the largest peace gathering in the world at Kumbh Mela, located in Allahabad, where she and fellow devotees camped for eight days with their guru, Her Holiness Sai Maa.

“In that eight days we had the royal procession where all the gurus and their devotees went to the Ganges river,” she says. “There are two auspicious, magical days to do that, and I went on one of those days. They say that it washes away your karma. I was hesitant to go in, and one of the Indians gave me a little push and they began to splash us. It was just magical, the water sparked with divinity.” 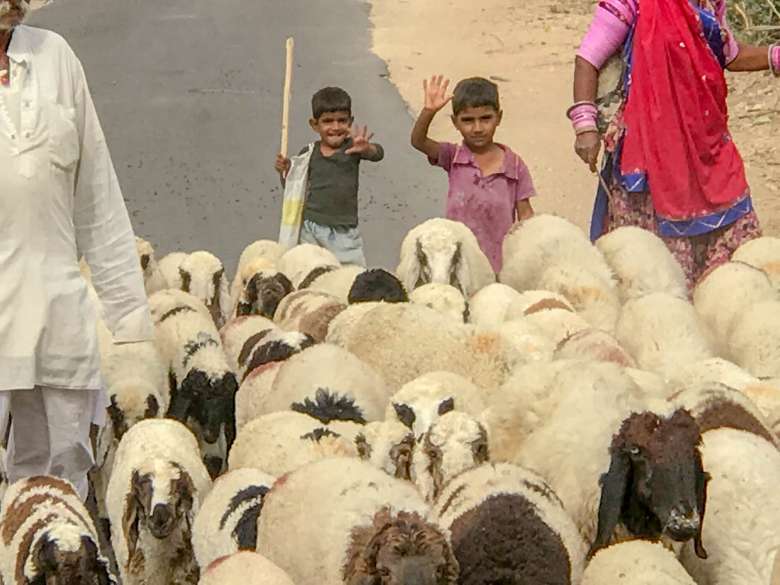 From there, the group returned to Varanasi, where they stayed for seven days for the ribbon cutting at the ashram and held many celebrations, meditations, chanting, and sacred fire ceremonies called Yagyas. During this phase of her journey, Gina visited Sarnath, where the Buddha gave his first lecture after enlightenment under the Bodhi tree. 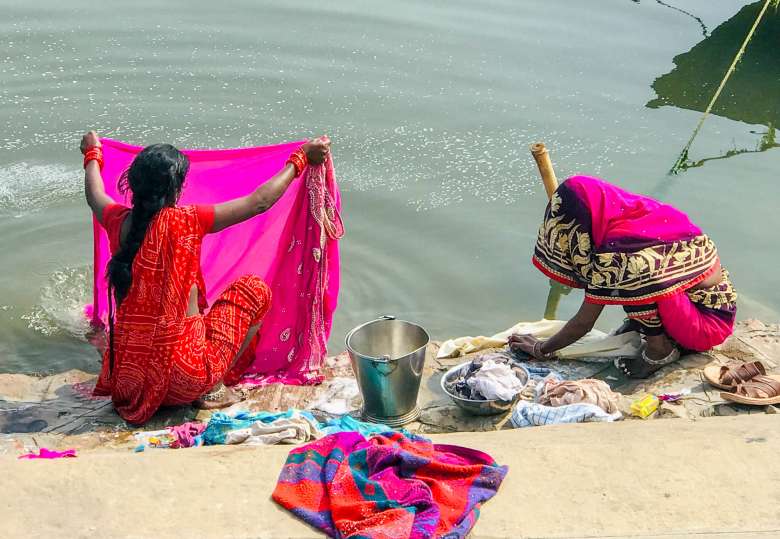 “The ashram is called the Shakti Dham and it is just beautiful. It’s right in Varanasi, which is known as Kashi, the highest holiest city in India. As a matter of fact, people go there to die so that they can be cremated on the banks of the Ganges River. And the last night with my guru we had a boat ride down the Ganges and chanted the whole time,” she reminisces. 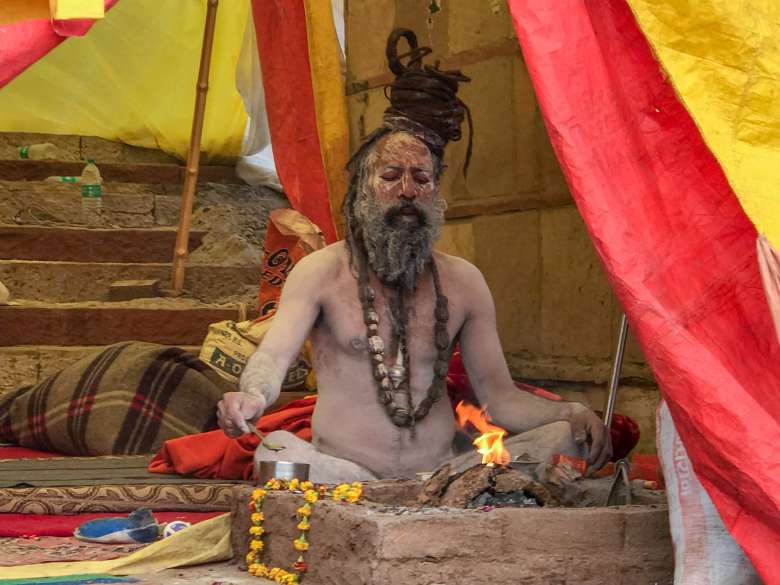 As long as she could remember, Gina felt a calling to visit India. Only, she didn’t want to go to India and just be there for eight or ten days – it’s two full days of travel just to get there! So she contacted the wellness travel company Pravassa, who created an 11-day spiritual journey to extend her trip. 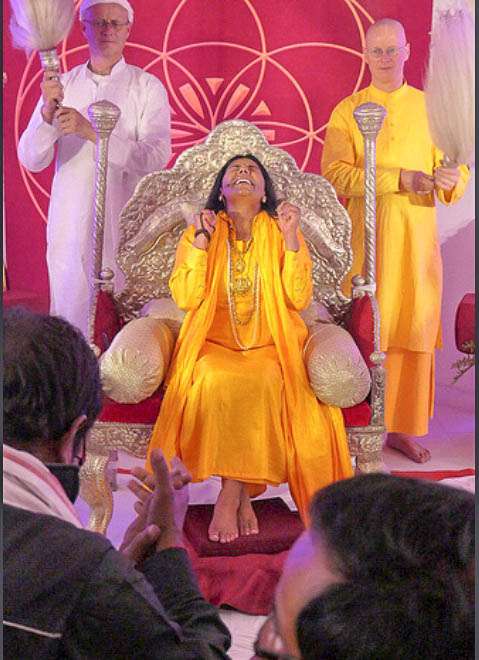 After the intense time with her guru, and the meditation calls early in the morning, and the thirty-degree nights, and walking almost a block to go to the restroom, taking a shower with a bucket of tepid water and a ladle, Gina’s time with Pravassa was a bit more pampered.

She flew back to Delhi to catch a connection to Jodhpur, where she stayed for three nights. While in The Blue City, Gina experienced a cooking class in the home of a Brahman family. Later, her guide took her out to the desert where she spent time with a Bishnoi tribe – a people so reverent of the earth that they don’t use electricity or cut down trees for firewood. On another day trip, Gina got to go see how they hand make rugs and brought a couple home to remember her time there. 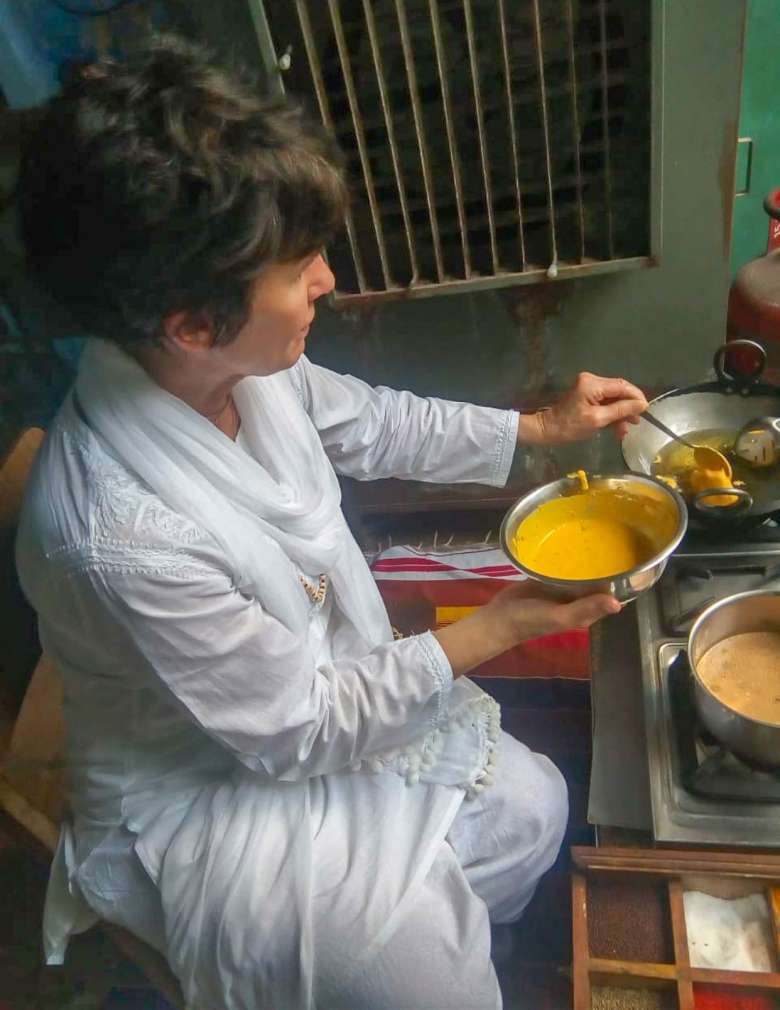 From Jodhpur, Gina went on to Rishikesh, where she spent her last 4 days at Ananda, an Ayurvedic spa in the foothills of the Himalayas.

“Ananda in Sanskrit means bliss, and bliss is exactly what it was. We had warm cooked meals every day, spa treatments, and hiking to temples in the Himalayas. The whole ayurvedic concept is so beautiful." 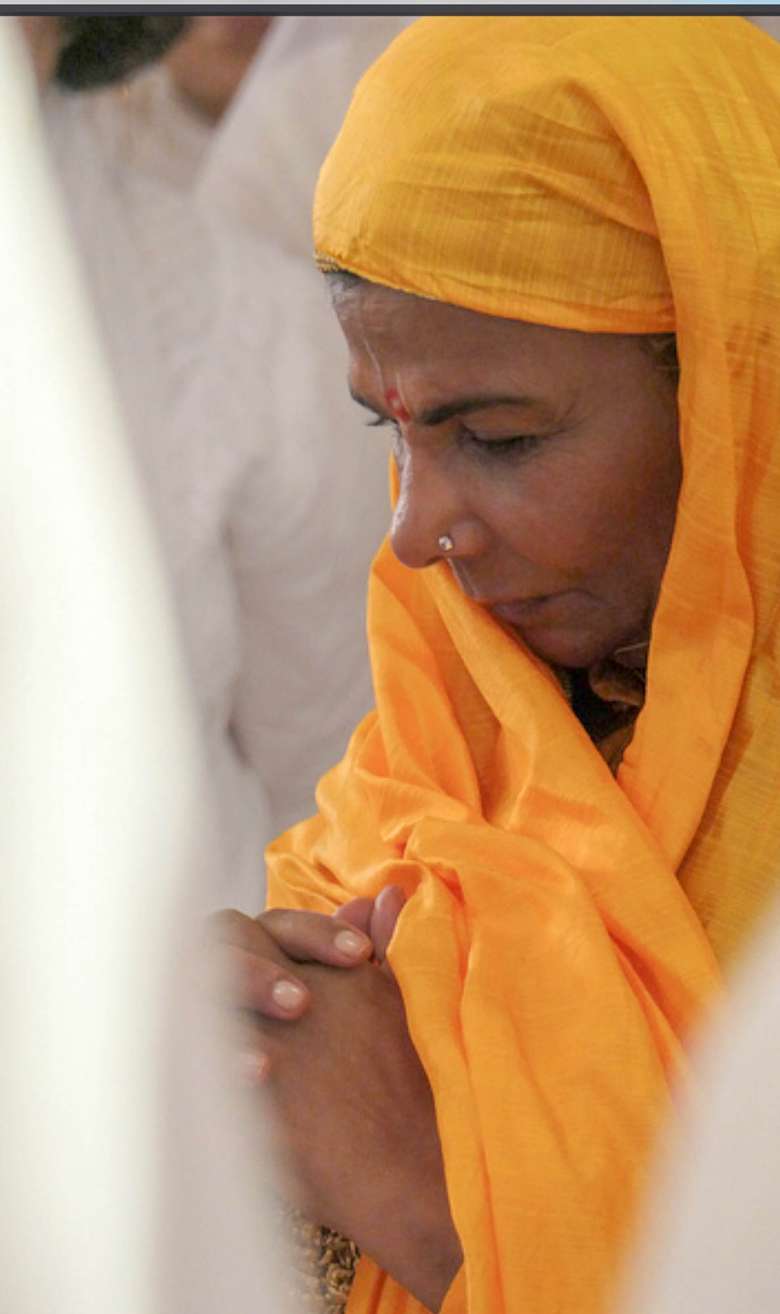 It was in Rishikesh that Gina visited South Walton local Prudence Brun’s ashram where the Transcendental Meditation teacher studied with Maharishi Mahesh Yogi, and where John Lennon wrote the song Dear Prudence in her honor. To see her teacher’s name written on the walls was profound, along with many of the consciousness expanding experiences Gina witnessed along her journey, including children enduring heart-wrenching extreme poverty. 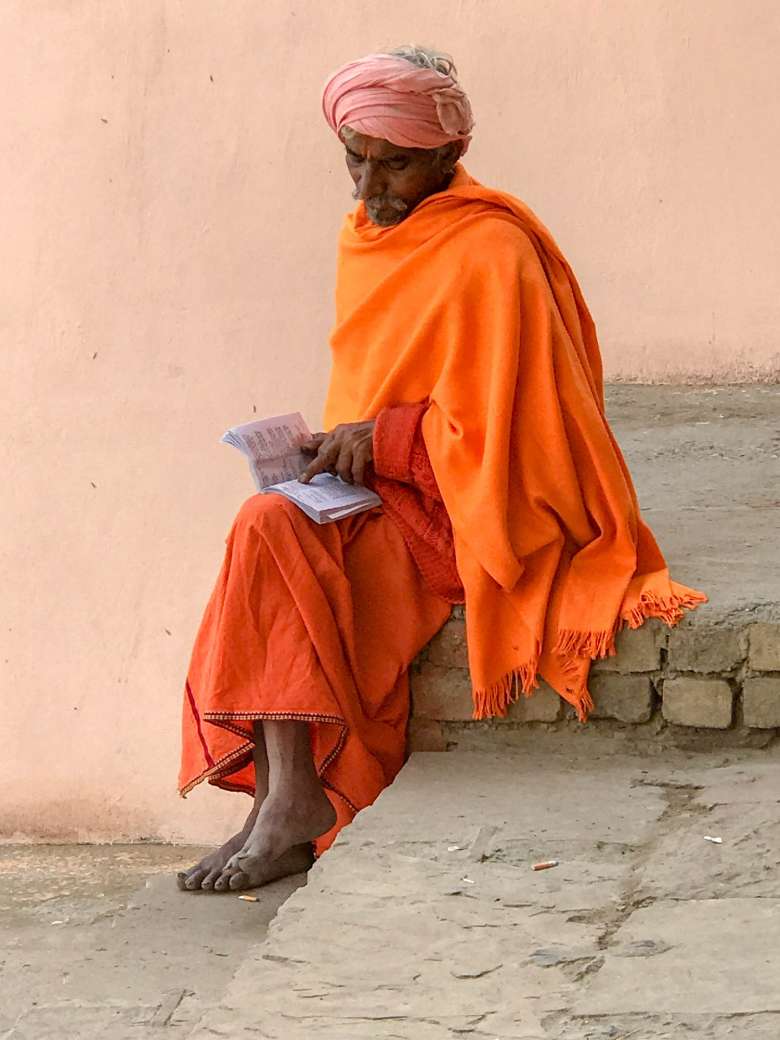 “I realized how blessed we are. We can take several planes and go to a place that’s totally different. I mean, what an education. I would encourage everyone to do it. There’s no greater discovery than the discovery of oneself. It’s a delicate work in progress that we continue. I will remain a student for the rest of my life.” 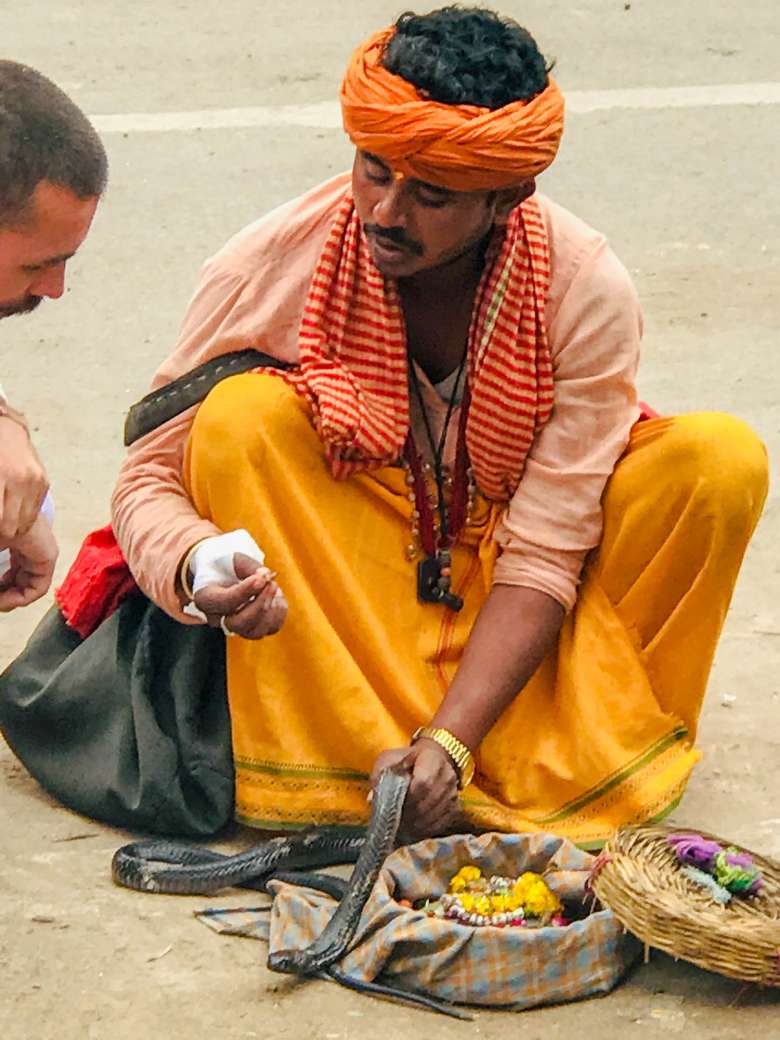 “What I’ve learned is there’s one thing that’s really important, and that’s love. To love people where they are, to know that people are doing the best they can, and to love ourselves, as well as other people. It’s a beautiful path.” 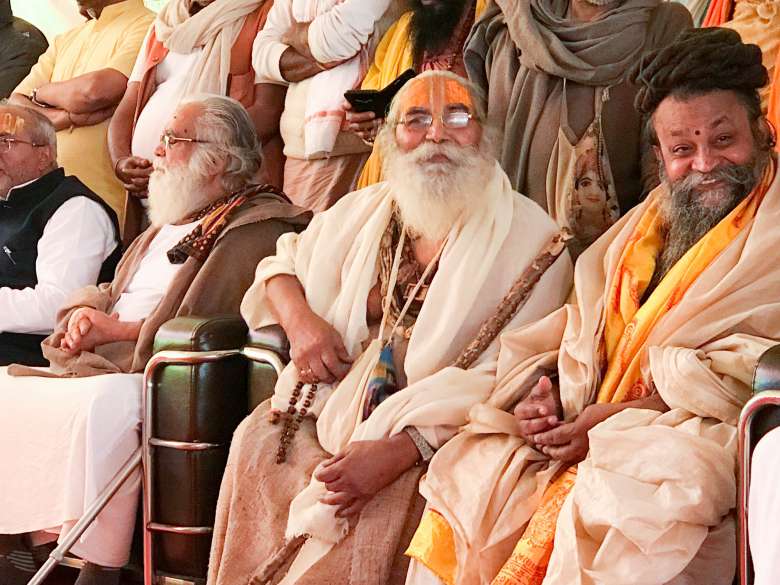 Gina Shiflett is the owner of Salon Twist, the finest hair salon in South Walton. During her play time, Gina is a seeker - a Transcendental Meditator, certified Energy Practitioner, and a student of yoga. Salon Twist is located in the Grand Isle Plaza in the heart of Seagrove Beach on Scenic 30A. Call 850-231-7853 to schedule an appointment. Visit SalonTwist.com and follow on Facebook for updates on style and products. 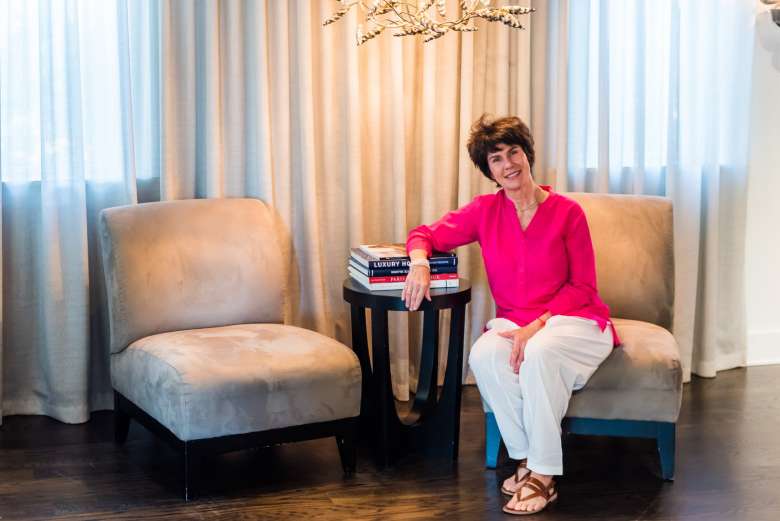 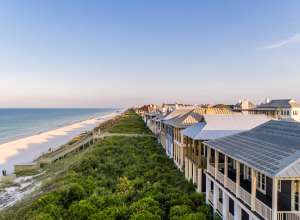 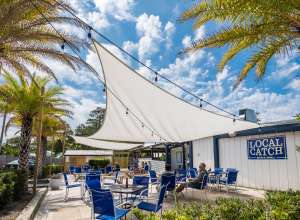 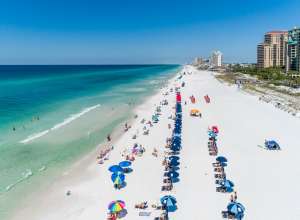 Focus on a Sandestin Vacation by Beach Blue Properties 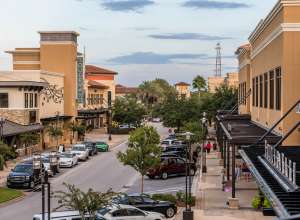 Be Well at Salon Twist