Uncommon Bartop Sophistication Found at Fish Out Of Water | SoWal.com

Uncommon Bartop Sophistication Found at Fish Out Of Water 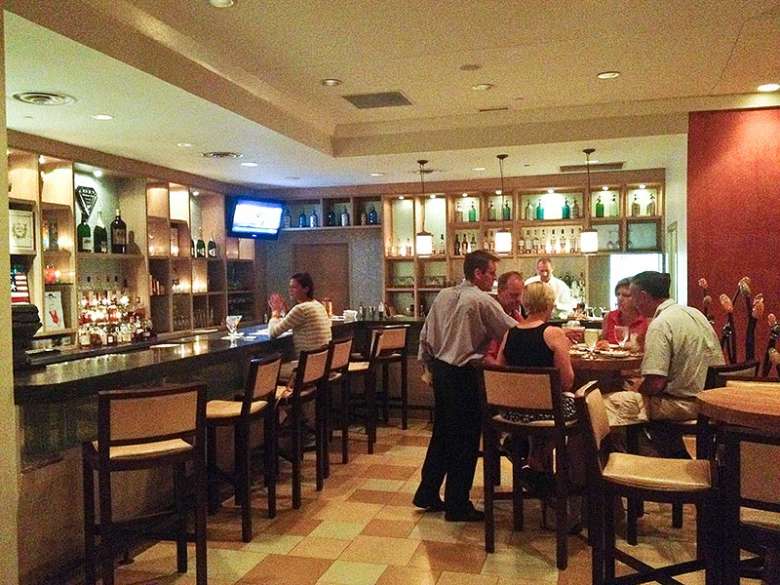 I have found my new favorite cocktail. Okay, maybe I found more than one. My recent visit to Fish Out of Water was truly an eye-opening and tasty experience.

As I walked up the stairs I felt like I had stepped into a sophisticated, uber-metropolitan venue.  I found a seat and was greeted by beverage manager John Ryckert. He suggested the Something Good and Strawberry Lemonade - both from the signature cocktail list. Each turned out to be delicious and refreshing. 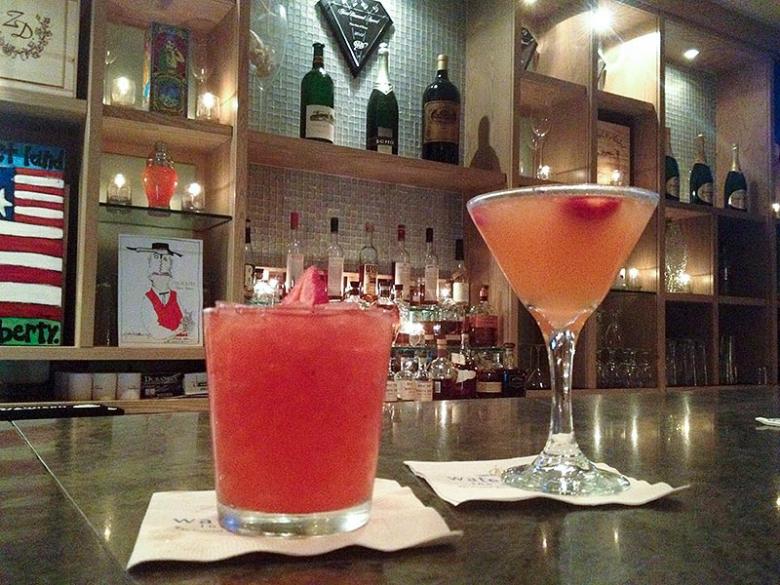 The Something Good is made with Four Roses small-batch bourbon, lemon and muddled strawberries. The Strawberry Lemonade is house-made, strawberry-infused standard Russian vodka and citrus juices. 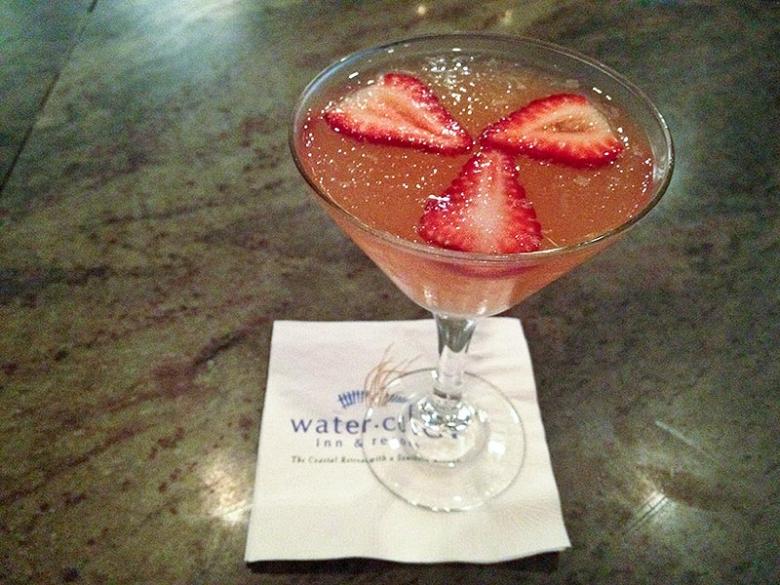 John explained he relies more on flavor profiles than traditional cocktail recipes. His bar looks more like an old-fashioned apothecary than a typical restaurant bar. He is a connoisseur and innovator in his craft and doesn’t skimp on details. All of the syrups used in the cocktails are made in house - and what a difference it makes in the taste.

Next, we tried The Cat’s Meow’s and The Volunteer. The Cat’s Meow is made with Cat Head Honeysuckle vodka, lemon, jalapeño and mint.  It was spicy yet sweet at the same time. You can smell the aroma from the jalapeños as you lift the glass to take a sip. 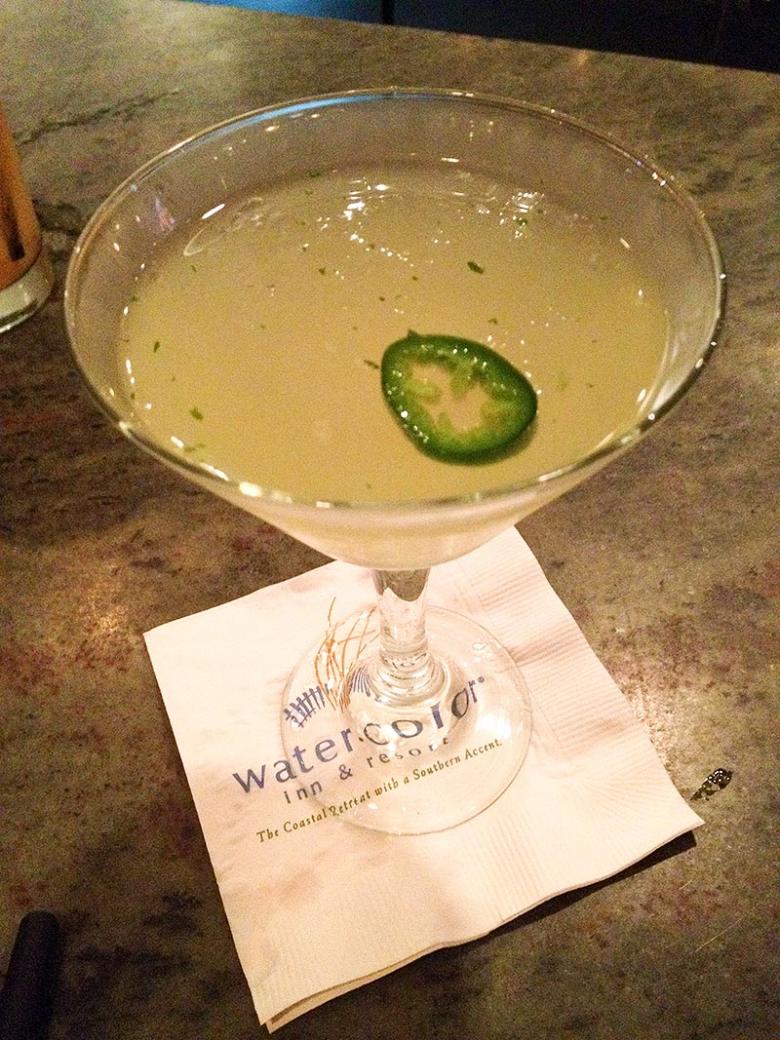 The Volunteer surprised me the most out of everything I sampled that night. It’s a mixture of Tennessee whisky, lemon, lime, egg white froth and cabernet spritz. The egg white froth had a velvety texture and I was surprised how well the wine and liquor paired together. 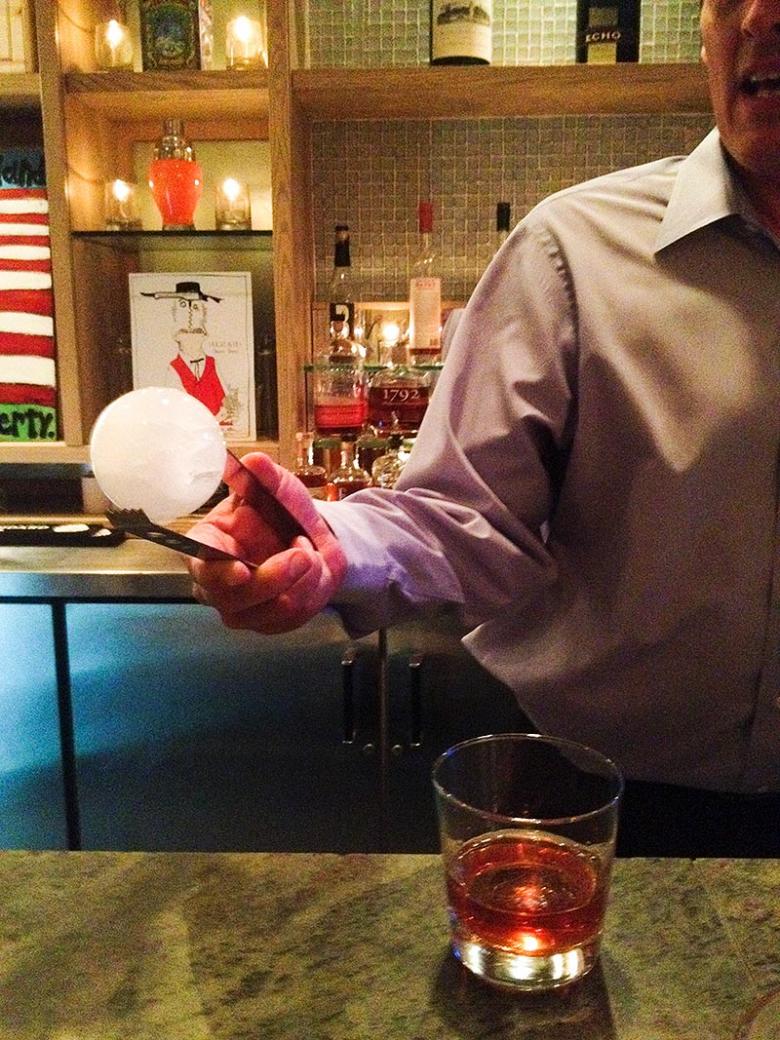 The ice ball is the latest trick that John was proud to share with me. The bourbon doesn’t water down as easily because the ice ball doesn’t cover as much surface area. I don’t normally choose bourbon as my liquor of choice but my mind was changed on this night. It was smooth and had great floral and fruit notes that made sipping it very easy.

Along with the cocktails, we sampled some items from the snack menu. We tried the eggplant hummus, baked oysters Floridafellar, house smoked seafood dip and the deviled eggs. I’m not usually a fan of oysters but these baked delights were delicious. They are plump oysters baked with homemade bread crumbs and spinach. 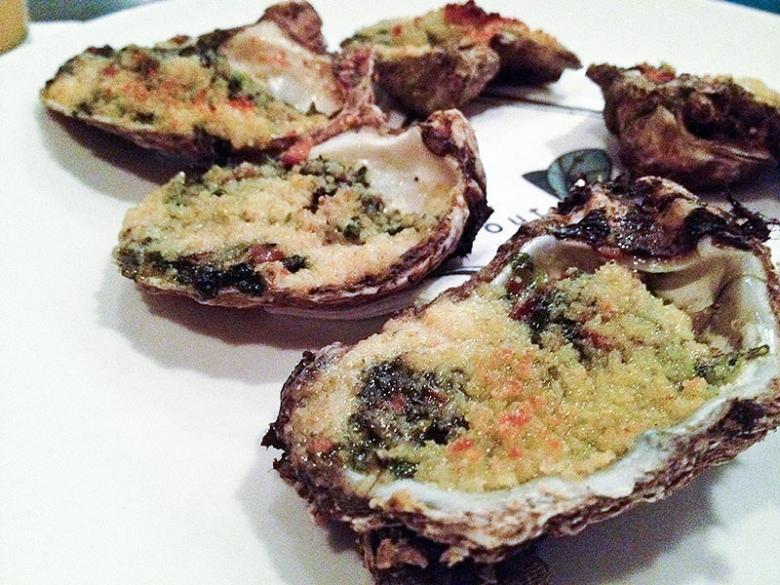 The eggplant hummus is served with homemade pita bread. It had a very earthy, fresh taste and the pita bread was a huge hit. The house smoked seafood dip had a great paprika flavor and paired well with the homemade potato chips. The deviled eggs were creamy and the bacon bits gave it a good crunch. 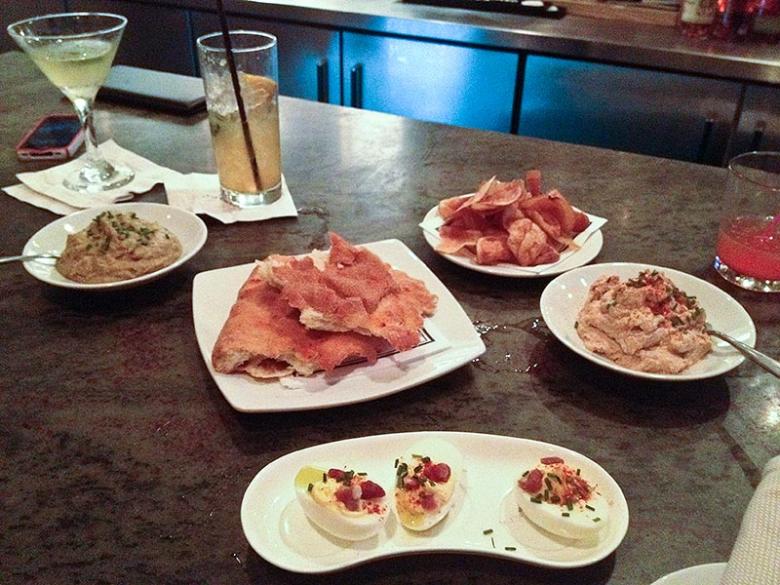 Fish Out of Water has a fantastic happy hour from 5-6 every day. A selection of classic and signature cocktails, well drinks, draft beers and food menu items are half priced. The items on the Happy Hour menu rotate so be sure check back often. Along with their great Happy Hour, breakfast is served Tuesday-Saturday and on Wednesday corkage fees are waived.

Whitney loves the beach and loves a good time. Her specialty is keeping up with and writing about what is happening on the food, nightlife, music, and social scene in the South Walton area. 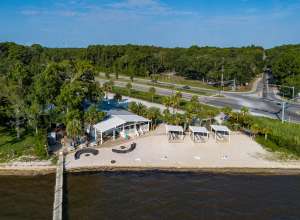 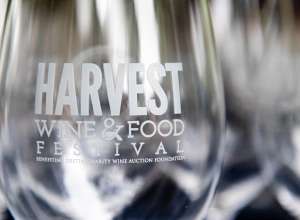 FOOW - Fish Out Of Water